Brazil, on the way to gender equality 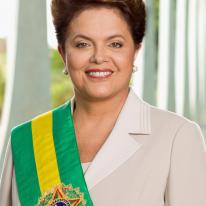 Brazil, on the way to gender equality

Gender inequality is yet a painful reality in the contemporary world. Even today women suffer from discrimination in their lives. In the fight for gender equality, governments and civil society have an important role in stimulating policies and actions. In this respect, Brazil has been making an effort to foster gender equality and Women’s struggle for rights as equal citizens continues from the 20th century. As the participation of women in society has increased, the feminist movement has put a spotlight on the necessity to create new policies to mitigate gender discrimination, to fail old conceptions and to consolidate the new role of women in the world.

In Brazil, women’s status has been changing over the last decades. The progressive participation of women in formal jobs; the expansion of women’s education, and a greater role in family leadership, has changed their place in the Brazilian society. Notably, since the 80s, as result of democratization after the end of the dictatorship regime there ahas been a growing claim for rights that guarantee gender equality. A new phase of relations between Brazilian government and the feminist movement was thus started. New public policies and agencies were created and included in the government agenda to foster gender equality. As a milestone, in the 80s the “Conselho Nacional dos Direitos da Mulher”(National Agency of Women Rights),the “Conselhos Estaduais da Condição Feminina”(Regional Agencies of Women Conditions) and the “Delegacia Especializada de Atendimento à Mulher”(Police Station Specialist in Women) were created.

From that point on, the institutionalization of women rights has started. In 2000s, more new agencies and policies were incorporated in this movement. In 2004 the “Plano Nacional de Politicas para mulheres”(Nacional Plan of Policies for Women) was created to combat gender discrimination and to consolidate educational policies for an equal gender perspective. In the same year the “Plano Nacional para Saude da Mulher” (The National Plan for Women’s Health) was consolidated to guarantee women’s sexual and reproductive rights. In 2006 a law against domestic violence the “Maria da Penha” Law was passed.  National Conferences for policies for women take place periodically. In 2011, the conference strengthened the “Plano Nacional de Politicas para mulheres” (National Plan of Policies to Women).

Programs such as “Minha casa, minha vida” (My house, my life), created in 2009 to help people with low-income to buy their own house, almost 80% of the beneficiaries are women; and the “Bolsa Familia”(Family Packet), created in 2003, through which payments are transfered by the government to poor families, in the name of the woman of the family, are consolidating the role of women in social life.

Furthermore the country has committed to respect and implement international agreements, such as the CEDAW (Convention of the Elimination of All Forms of Discrimination Against Women), the Cairo Conference, Beijing, and Durban, and the United Nation Millennium Goals.

The election of a woman, Dilma Rousseff, for president, in 2010 and the running of two women candidates for the upcoming election in 2014 are evidence of historic change in Brazilian society. Civil society is manifesting, as never before, its intention to diminish the social discrepancy between men and women.

Despite remaining challenges to reach gender equality, Brazil has shown that is on the right track. The State over the last decades, supported by the civil society, has directing its policies to mitigate the unfair consequences of a history of sexism and to promote the empowerment of women.