What difference does gender really make in the top political jobs? 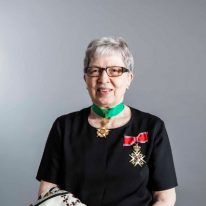 The excitement in the media and the women’s movement is noticeable these days. The UK has got its second woman prime minister, and there are good chances that the US will get its first woman president.

With a woman as chancellor in Germany, women will be leading the three largest economies in the West. Add the two women running the International Monetary Fund, IMF, and the US Federal Reserve Board, and women will be ruling the world – according to some.

There is good reason to celebrate women in top positions – particularly in mighty countries like the UK and the US. A woman president in one of the world’s superpowers will be a real breakthrough.

But it is not the whole world. And globally, the situation is rather dismal.

The nations of the world reaffirmed faith in the equal rights of women and men in 1945 and required the elimination of all obstacles in the way of enjoyment by women of equal status with men in 1975.

In Beijing, in 1995, the UN member states agreed that measures had to be taken to ensure women’s equal access to and full participation in power structures and decision-making, and in 2015 women’s full and effective participation and equal opportunities for leadership at all levels of decision-making in political, economic and public life was emphasised. But those in power do not walk their talk.

If no other women come into power and Hilary Clinton is American head of state in November, she will be the elected female top leader number 100 in the world since 1945 who is given a chance to make her mark on the ruling of her country. It signifies progress, but very limited.

The number of women heads of state and government in different countries has increased very slowly, and in 2016, for the first time in many years, the number has even gone down.

In total, including Theresa May in the UK, only 5 per cent of the political leaders of the world are women. In the independent states that are members of the UN, there are now only 15 female presidents and prime ministers (out of a total of 283) in addition to Aung San Suu Kyi who is de facto leader in Myanmar.

The present women top leaders are in Bangladesh, Chile, Croatia, Germany, Liberia, Lithuania, Malta, Marshall-islands, Mauritius, Namibia, Nepal, Norway, Poland, Republic of Korea and the UK. In Austria there is an acting female president and in Brazil the president is suspended. What about China, Japan, and Russia just to mention a few large male bastions?

The top leaders of the IMF and the US Federal Reserve Board are important positions. But worldwide only 14 Central Banks (8 per cent) have female governors. And the situation in private business is even more depressing. Only 3 per cent of the 500 largest world companies have a female Chief Executive Officer, CEO.

The international women’s movement meeting in New York in March this year presented three demands to the world leaders: implement! – implement! – implement! – power to women! This does not only mean more women heads of state and government, but also more women with power generally in political, economic and public life. A female secretary-general of the UN would be an important step forward.

But what difference does it make?

Some say female leadership leads to fairer treatment of women. Others protest, stating that gender makes no difference, or only has a weak and temporary effect.

When I studied the 73 women presidents and prime ministers in 53 countries during half a century it was evident that the women top leaders very often had a symbolic effect as role models, inspiring women sometimes worldwide to move forward and promote their interests.

The policies of the female rulers differed, however, with regard to their approach to the UN Convention on the Elimination of All Forms of Discrimination against Women (CEDAW) and the Beijing platform. They could be placed in three categories:

Some conformed to the norms and values of male-dominated politics, acting in the same way as their male colleagues, fighting on their terms and usually not engaging in ‘women’s issues’. Violeta Chamorro (Nicaragua), Golda Meir (Israel) and Margaret Thatcher (UK) belonged to this category and pursued policies that partially weakened women’s position in their countries. But globally such rulers were very few, about one fifth of all the women presidents and prime ministers.

Nearly half of the women leaders played a compromising role, trying to look after both men’s and women’s interests. Cristina Fernandez (Argentina) and Indira Gandhi (India) were both ‘tough and caring’ and Angela Merkel (Germany) performs a delicate balancing role. Compromising women leaders contributed to measures such as girls’ education, health care services for women, kindergartens etc.

Most of the women heads of state and government would not call themselves “feminist”, but regardless of their political affiliation the great majority did something – some more and some less – to support women in particular. So most often it made a difference that a woman rose to the top instead of a man.

The approaches of the women rulers are important, but to be able to implement women-friendly policies they must have support. An active women’s movement putting on pressure is essential.

The political system must work then in a democratic way and the top leaders must obtain support in central political institutions. Many female presidents and prime ministers have been surrounded by thick layers of men.

There are still not more than 23 per cent women in parliaments worldwide and 18 per cent in government cabinets. On the average the countries with women top leaders in 2016 do not deviate from the global picture, but the rulers have to deal with parliaments that vary from 9 to 41 per cent women. In the leadership of the political parties the global representation of women is on the average not more than 10 per cent.

All women in politics experience contradictory expectations. It is “damned if you do and damned if you don’t”. Hillary Clinton is being criticised by women because she is not feminist enough. These women represent a positive force and the elections to Congress will determine which possibilities the president will have to pursue progressive policies. Clinton has a basis in her past with regards to women’s issues. In the course of her career she has fought for reproductive rights, equal pay and parental leave. So she can make a difference.

What will happen, however, in terms of both Hilary Clinton’s presidential campaign and with women’s slowly growing numbers in leadership positions around the world, remains to be seen.

About the author: Torild Skard, has led a vibrant political career. She was the first woman to hold the position of President of the Norwegian Upper House in 1973. She is also a former Director of the Status of Women for UNESCO, a former UNICEF Regional Director for West and Central Africa, a former Chair of UNICEF’s Executive Board and a former President of the Norwegian Association for Women’s Rights. She is also the author of the award winning book Women of Power.