I’m a Korean American Woman in Politics, and Biases Won’t Stop Me 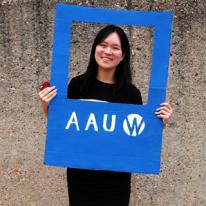 This blog post was written by 2015–16 National Student Advisory Council Member Na-Yeon Park and published on 22 August 2016 by the American Association of University Women (AAUW) here.

As a child of immigrant parents and as a woman of color, I grew up marginalized and discriminated against in the classroom as well as almost every activity I participated in. The stereotype of Korean people — especially women — being “shy and quiet” has followed me ever since I was a child and, as I grew up, led others to ignore my leadership potential. Instead of being asked to lead, I was the person asked for help with math problems. Because of the harmful stereotypes and biases I experienced as a woman of color, I began dreaming about going into politics to help create better representation for the Korean American and Asian American communities.

Growing up in a community where there were barely any East Asian women in leadership positions made it difficult for me to step forward into politics. I am often the only East Asian woman in the room and am ignored if I do not assert my presence at the table. At Rutgers University, where I studied as a political science and Chinese double major, my peers were more knowledgeable and experienced than I was, so I had to work twice as hard to catch up. I read up on various political events and history in my free time and took on roles to grow as a leader.

My freshman year, I joined my student government association and served for two years as a general member. That experience gave me the confidence to run for and win the position of class of 2017 representative. Although there were a few other Asian Americans serving on the council, the lack of representation still present in the student government association challenged and inspired me to work on empowering more women, especially women of color like myself, to pursue leadership positions. In pursuing that goal, I founded One Step한걸음, which focuses on sustainable education and leadership development curricula for North Korean refugees. But I did not stop there: In order to make the strongest impact possible on campus, I began to serve on AAUW’s National Student Advisory Council (SAC).

On the SAC, 10 college women came together from around the country to support and uplift each other throughout the school year, forming a group that strengthened my leadership and built my confidence.  During my time with the SAC, I found myself demanding an equal presence of women in leadership and continuing to share my voice on campus. The support I received from both my fellow SAC members and AAUW changed my life so much that I was able to broaden my reach and create public speaking and self-defense workshop initiatives on campus. This is just one of the changes I was able to make thanks to the lessons I learned from AAUW. AAUW gave me the confidence to take risks and the inspiration to continue working to break through barriers for women of color in politics.

At the 2016 National Conference for College Women Student Leaders, where I served as a peer leader, I was approached by an East Asian student who expressed her amazement that there were two East Asian women on the SAC — a sharp contrast with the lack of East Asian women in leadership that she was used to back home. Seeing two East Asian women leading at the conference made her happy and confident as a student leader. In turn, I was glad to inspire and empower other Asian American women to achieve the same seemingly impossible accomplishments that I have.

Although I continue to face barriers and bias as a Korean American woman in politics, I refuse to let those biases stop me from pursuing my dreams of empowering other women of color to become successful, strong, and confident leaders.

Now, as a successful entrepreneur and a woman in politics, I am no longer afraid to speak my mind, disagree with others’ opinions, or discuss sensitive topics in a civil conversation. By being confident, uplifting others as an Asian American woman, and encouraging Asian American women to run for political office, I do my part to “break the bamboo ceiling.”