President of the Paraguayan Network of Women Municipal Leaders 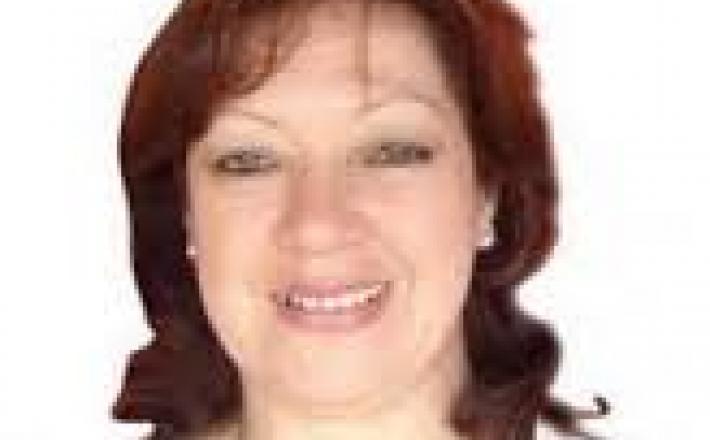 iKNOW Politics: Thank you so much for having agreed to this interview with iKNOW Politics. I would like to start by asking how you got your start in politics and if you ever faced any difficulties as a woman.

My first steps in politics were very simple, as can be the case for anyone.  I was just going along with a politician, my husband.  And when I became a widow, I capitalized on what he left me.  Evidently, the citizens, the people from my district, fully understood that the work I was doing alongside him was political work.  Without even realizing it, I had played a firm supporting role for twenty years of my life.  So when my name was tossed into the ring for elected office, the people and strong politicians supported me.  I had to make a decision and I was convinced that I could carry out an office as important as municipal manager of my community.

I think it’s wonderful to have met you here today and to talk about the different aspects of a municipal leader’s life.  I would love for this interview to lead to a friendship and lasting bond that serves for other women from my country to have access to much more than what I can give them as municipal manager and president of the network.

iKNOW Politics: In your opinion, what are the three main challenges for women who want to get involved in local politics in Paraguay?

Well, there are many.  We women face many challenges since we are just getting started.  Though women are very capable and are making their way in politics, there are also many obstacles.  This requires us to work twice as hard: in first place, we have to train ourselves because the more we learn, the more doors will open.  We also want other women to have the same opportunities and we can only achieve that by working together and understanding that together we can reach significant changes.

iKNOW Politics: What are the main objectives of the Paraguayan Network of Women Municipal Leaders that you preside over?  Also, what are the three main goals you’ve set and how do you plan to meet them?

First, I will talk about one of the most important achievements we’ve had in the network.  We decided to expand the network to the country’s other departments, introduce it, and for other people, women, to start to form committees that serve as long arms of the network. Of the country’s 17 departments, 10 were traveled to during my time as network president and we formed 10 department committees.  We should use this time to form committees in the 7 remaining departments.  When this goal is met, it will lead to others, such as training, of course.  We can’t be part of such an important network as the Network of Women Municipal Leaders without building our capacities and having the opportunity to have the support of iKNOW Politics, which will be fundamental for us.

The Network of Women Municipal Leaders was formed in 1993.  The women who gave birth to this association were truly brave, integrating women councilors, municipal managers, former councilors and former municipal managers.  We have formed an important group of women who are aware of the machista culture in Paraguay and Latin American in general and have the desire and drive to unite with others to reach their objectives.

The network continued to grow.  Today, one of its fundamental objectives is to train women and make known the work that each of them does in office.  And above all, to support us in the task of ensuring that many more women have the same opportunities as we do.  Because opportunities do not present themselves every day or even to all women.  Therefore, putting a woman in the limelight can lead her to decide to face all obstacles, move forward and want to become a bridge for other women to access important positions.

iKNOW Politics: As a municipal manager, what goals have been set to help increase women’s political participation?

Since I am the first woman to have been in the office of municipal manager in my district, I have first and foremost proposed the creation of a secretary to exclusively address women.  In this way, for the first time in the district’s administration, a Women’s Secretary was created.  There have always been secretaries for social action and children, but this is the first time there is a secretary for women.

We are working so that a woman from my district who lacks opportunities can still have certain services that make her feel good as a person.  In this framework, we have established agreements with educational institutions to help women who lack opportunities that others of us have, and in this way at least they can take greater care of themselves, their children, understand their worth and that they are important.

iKNOW Politics: What advice would you give young women who want to get involved in politics but think that it is too complex or inaccessible?

There’s a lot of disillusionment for people in politics.  But I would tell young women that politics is one of the most beautiful things that the Lord has given us because it represents an opportunity to serve others.  Because politics is a service: not to serve oneself as it sometimes seems, but to serve others.  I want many other young women to understand that if we get involved in politics, we can change our world.  When it’s done right, politics is a way to grow, learn and understand that we can do great things for our district, our department and our country, as well.  Of course this is valid for both older and younger women who are able to access elected office.

iKNOW Politics: In your political career, what role have alliances and networks played?  Have you used new information and communication technologies (ITCs)?

Yes, I would like to first thank you for what you are proposing to us because we women in Paraguay need to establish an alliance with iKNOW Politics.  This will help us to grow enormously.  Probably 50% of women handle this kind of technology while the other 50% don’t, for many reasons.  So for the Paraguayan Network of Women Municipal Leaders this alliance is extremely important.  I am really excited and very eager to put it into action.

iKNOW Politics: To conclude, what legacy would you like to leave when you finish your term, both for women in general and women who want to get involved in politics?

I want for all women to see that they can achieve the things they put their mind to.  Overall, by being honest.  A woman is able to carry forth all the jobs she does, especially in an administration such as the municipality’s.  Transparency and accountability are values that (no offense to anyone else) we women can carry to greater heights.  Women have very important values that make us see politics in a different light.  We have a different vision, another way of thinking, and I would love for the work that I’m doing to serve as an example of honesty and transparency.  This seems to have been lost a little in my country.  I think that a woman can do politics well.