President of a District Council in Mauritius 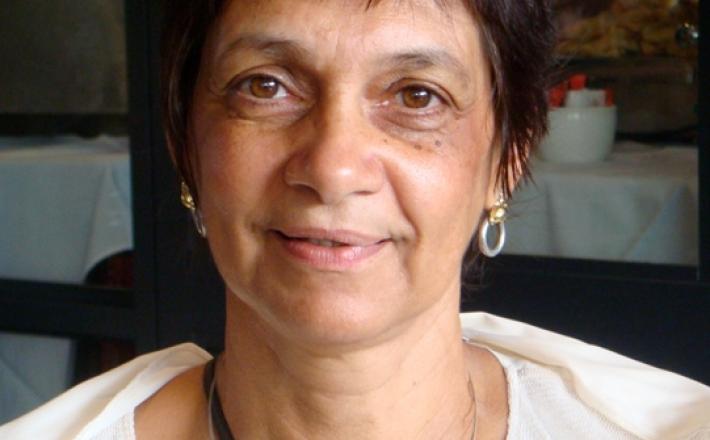 "I believe in parity a lot. I also believe in the sharing of responsibilities. When there is a critical mass of women, we will finally be able to change things.” - Danielle Perrier

iKNOW Politics: You were the first woman to be elected president of a district council in Mauritius and you have been a member of parliament now for your third term. Could you tell us what challenges you faced as a woman in these leadership positions and how your background has prepared you to face these challenges?

I was raised by my mother, not my father. My mother was alone and the fact of not having had a male figure of authority in the house perhaps allowed me to have a certain freedom to think, to be confident about myself. I believe that, because of my past, my background, I am naturally a “leader” of sorts, but I say this in all modesty, without ever putting myself in front. So it was very easy for me to be in that position.

I submitted my application and I was elected in the village. I was elected by the village to the district council and then I was elected president. I faced a lot of opposition but I must say that I had the support of the leader of my political party, who saw an opportunity to present a woman for the post for the first time. I took up the challenge and that was wonderful because I brought a new way of doing politics: being closer to the people, being out in the field every day. I gained a lot of publicity, the newspapers started carrying articles about me and two years later, I was told “You must run for a seat in the National Assembly”. First, in my party, I was appointed president of the women’s committee. I was elected to that post and I have held it for the past 15 years. I can’t get out of it now!

iKNOW Politics: What was your motivation to become active in politics in the beginning?

There was no thought-out motivation per se. I found myself faced with the realities of the country at a time when democracy was completely in ruins, downtrodden, and workers had no rights. Most Mauritians lived in poverty daily and, aware of that, I couldn’t stay in my little cocoon without doing anything. So, without giving it a second thought, I got involved, but it was as if a force was driving me to become engaged because, deep down inside, I needed to fight against these injustices. That is what drove me.

iKNOW Politics: What is the situation for women in politics in Mauritius? Were there extra challenges that you faced because you were a woman running for elected office?

Yes and no. No because on the surface, women are respected. I think that I am the kind of person who respects others and that is why I earn respect. But having said that, I also experienced difficult times when I was insulted, but I always faced up to it and I never strayed. I never allowed myself to be intimidated by anyone because I believe in what I do and I don’t let myself feel intimidated. Men have tried to intimidate me but as I do not flinch, I am respected… In fact, when you show your weak point, people - I’m not saying men alone - people in general, they come down on you, but if you hold your head up high and you are not afraid… Why should I be afraid? Because I’m a woman? No, I am strong, I am very strong spiritually. I have faith, I have an inner strength which is not even my own but it guides me; it pushes me forward, so why should I be afraid?

iKNOW Politics: Can you tell us about a change that you were able to make that has benefitted women?

Yes, I have already succeeded at the party level since I have become the president of its women’s committee. I succeeded in changing the party’s regulations to include a quota for women in the party. So very often, for example in 2000, we had presented 25 per cent of women on our party list to our leader. I had worked so hard to amend our rules to include 25 per cent women and our leader told me: “That is all well and good, but you have to find me women”. So I really went out in search of women, but it is not easy to convince them because politics is such an uncertain field: one day you are elected, the next day you are voted out.

Often, professional women especially, those who want a career, either in the public service or in a liberal career, they find it difficult to give up their career to enter a world that is so uncertain financially. I worked hard to get women involved in politics by telling them that it was necessary in order to change things. I believe in parity a lot. I also believe in the sharing of responsibilities. When there is a critical mass of women, we will finally be able to change things. I tell women who enter politics: “If you are coming to copy men, then you’d better stay at home”.

What we want is to showcase our specificities, not be afraid to show what are called our “weaknesses”, our sensitivities, our maternal instinct, which makes us much more tempted to provide an education, health and housing, rather thank think about profit at any cost. Coming back to the question, I think that yes, in all modesty, step by step, I made women become aware of the fact that it was important for them to become involved. I changed the mentality within the party, where women are more respected.

iKNOW Politics: If you were to give one piece of advice to a young woman who is just entering politics, what would your advice be?

To remain herself, not to become swell-headed, to remain down-to-earth and to take a hands-on approach. I think that if women want to get involved in politics, they have to do it in the right way. Male politicians have always bothered people to get them to vote for them, at least in Mauritius. Tell the truth and remain yourself, down to earth. Nothing is permanent in life, least of all politics. I would like us to achieve parity. Things are happening quickly but I believe that now there is a climate that is conducive to positive change. I think we will achieve that and I want women who enter politics to enter with their women’s character, with their specificities as women, and I want them to bring with them those specificities to decision-making in order to change decision-making and political trends.