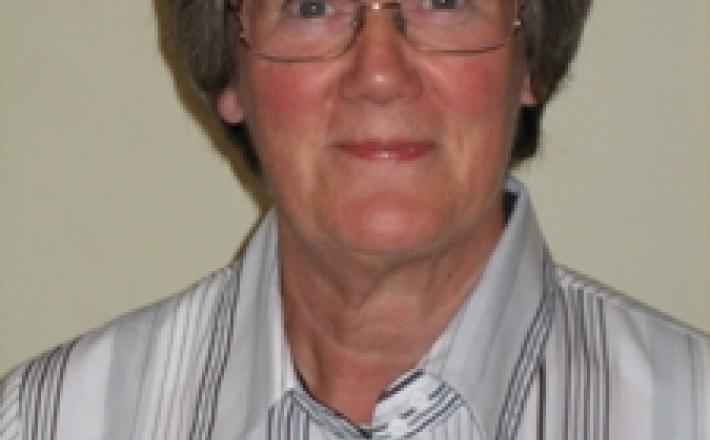 At the age of 25, Ms Hjelm-Wallén was elected to the Swedish parliament. Entering the cabinet five years later she was the youngest MP ever to become Minister. During her 20 years in the Swedish Cabinet she served as Minister of Education and Cultural Affairs, Deputy Prime Minister, Minister for Foreign Affairs and Minister with Special Responsibility for the International Development Cooperation. Today, amongst other responsibilities, she is the chairperson for the Board of Directors at International IDEA.

iKNOW Politics: Ms Hjelm-Wallén, can you tell us a little bit about your background?

HW: I grew up in a small town in Sweden and I was the first in my family to become a high school graduate. After studies at Uppsala University I worked as a teacher for three years. I was engaged in the local branch of the Social Democratic party and in the youth branch, but I was not very active yet. In 1968, at the age of 25, I was asked by the party in my county to run for parliament and I was very surprised that they asked me. The Party nominated me as number three on the candidate list and as the party received six mandates in the county I got elected to parliament.

iKNOW Politics: Do you think that you would have run for parliament if you would not have been asked?

No, I don’t think so, not at that time. Perhaps if I would have continued in local politics I would have been inclined to chase after something more. After five years in parliament I was then asked by the late Prime Minister Olof Palme to take a seat in the cabinet as Minister of Education. The first time he asked me I said no. At that time I still felt that I was too young and I had a little daughter of five years. Palme kept on asking me the same question over and over again for three months and then finally I accepted. Before I accepted the post I had lengthy discussions with my family. It is important to understand that it is an extremely though job so the support from the family is crucial in order to make it.

iKNOW Politics: In Sweden today, we have 47 % women in parliament but this was not the case in 1969 when you entered parliament. Then there were only 16 %. Was the fact that you were a woman influential on how you acted?

Yes, certainly the composition of parliament today did not at all look like it did when I started, but it was more the fact that I was young that was more outstanding. The party needed experience and renewal at that time. It was only an extra plus being a woman. It was an understanding within the party that of these six seats we got in my county at least one must be a woman. This kind of thinking came to a large extent from the top leadership within the party. The Prime Minister Olof Palme and his successor Ingvar Carlsson were very focused on the fact that they must see to have a more equal composition within the party. I know that Palme’s wife Lisbeth Palme especially pushed for equality and the number of women in the cabinet grew in 1974, we were then 5 women out of 20 cabinet members. In the late 1970’s it was said within the party leadership that gender equality should be a norm and there was a recommendation to the party districts to nominate women and to achieve a gender parity of 40 - 60%. But it was never a law.

iKNOW Politics: What concrete change did you make during your term of office to benefit women and what do you see as your biggest achievement while in government?

During my period in parliament the most important issue was the reform process in the taxation and social security system. We made it a reality that husband and wife was looked upon as individuals with the same rights and responsibilities economically within the family. This has been a basis for equality. As a minister of education, the most practical reform for women was the reform on the internal work in school. Before the reform children often had a free period in the middle of the day and how would you then take care of small children? You would have to stay at home to see to them during their school free time.

Seeing the school day as a normal working day facilitated for both parents to work full time. Also serving lunch in school has been a very important decision in this aspect but this was made before my time in office. As minister of education I also influenced the school curriculum to include gender issues. I didn’t need to do a pioneer job but I made sure that what was said in the school curriculum was also getting better implemented. During my period as minister for international development cooperation in the 1980’s I took advantage of the experience that supporting women is to invest in the future, because it often means that the whole family benefits. A good example of this is the micro-loans of the Grameen bank. These examples of political reforms would of course have been possible for a man to do too but I think that it was more natural for me being a woman. And what’s even more important to be a minister is to be an example or role model to others. I think that it was very helpful that people could see that a rather ordinary woman could be a minister and also have a family.

iKNOW Politics: How do you work today and what do you do to influence the society and to continue to benefit women beyond your former state official term?

After my political, or rather ministerial work, I entered the world of NGO’s. Working as a chairperson in the Swedish Afghanistan Committee and the Olof Palme International Center I am working for women’s human rights through a lot of small projects. The Afghanistan Committee has always worked with health issues and education especially for women. In Sweden today it is not that needed to prove that women are equal to men but it is still the case in many other countries around the world. It is something that all women must go through. Gender equality cannot be done directly it must be done step by step.

My experience is that it is not insurmountable to influence the top political party leadership, but to get a more normal gender equality among the political elite is not enough., you must also make sure that these changes occur on the local level where the understanding of political correctness is less spread. Compared with my country where the gender gap was not that big, it will take longer time in developing countries because poverty in itself creates inequality.

iKNOW Politics: Do you perceive yourself as somebody consciously lobbying for women’s rights, or has it been integrated into your work?

Over the years it has been integrated. I have, however, more and more realized the importance of working with direct actions to promote gender equality. When I started I tried to integrate equality in the sense of equality for all in a natural way. But women must be directly approached to be able to achieve gender equality.

iKNOW Politics: Now to a rather current event. You were heading the election commission responsible for electing the new leader for the biggest party in Sweden the Social Democrats, and the person that got elected is Mona Sahlin, the first woman to hold this post. Was it a conscious choice to pick a woman?

The process of selecting candidates for the election of the party leader is something I am very proud of. When starting the election procedure we decided that for the first time we would consult the party members directly of what kind of characteristics they wanted for the new party leader to have. Members sat down within their branches and discussed reflecting a very interesting discussion saying that they wanted someone that could listen to and communicate with the members. What was also clear was that they wanted a change after 117 years of only having men in that leadership position - they wanted a woman.

The Swedish party system has matured during the years and we can today see a lot of women in top positions within the party. We had five very qualified women that all could be good candidates so it would have been a shame if there was not a woman to be elected. But of course we could not exclude men from the short list. In the end it was the party that elected a woman.

iKNOW Politics: What advice can you give other women leaders and candidates trying to succeed in their political career? And as you said previously today there are more women also competing amongst themselves. How do you see that?

Women must not be afraid of competing, not amongst themselves, and especially not with men. In the beginning of my career there was very little of networking between women. We were five women in the cabinet but we never came together without the men. Today this is much different and it is very normal that women come together, even over the party lines.

When I was minister of foreign affairs I very much appreciated the invitation by Madeleine Albright to create a group of women foreign ministers. I believe that it is important to strengthen yourself together with others! Being a politician it is extremely important to have a group around you that you trust and that can help you to focus on what’s important when the media starts to attack your personality or your personal affairs. I think that it could even be more difficult for women than for men in this aspect. My advices to other women leaders and candidate would then be: 1) Networking with other women is very important. 2) Surround yourselves with good and qualified persons that support you and help you stay focused. 3) Realize the importance of knowledge. Vision and ambition are not enough. It will be expected of you to know the answers even when it comes down to the nitty-gritty details. It is like it is in school; you have to do your homework! You must both have a vision and the knowledge.