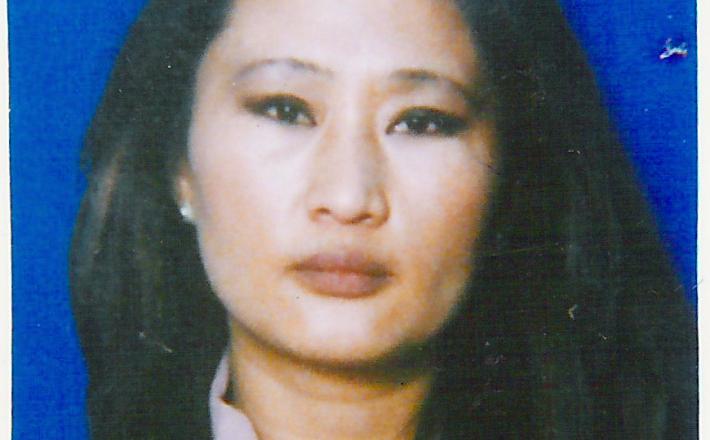 "The consolidated response from the International Knowledge Network of Women in Politics helped me to understand the operation of Women’s Wings in other countries and to formulate the Strategic Plan for Women Democrats which will become part of our Party Manifesto." - Lily Wangchuck

iKNOW Politics: What inspired you to work on building a women's wing of a political party?

Like most Bhutanese citizens, I had been keenly following the political developments in my country earlier this year which have poised Bhutan to become a parliamentary democracy in 2008. What is unique about the transition to democracy in Bhutan is that, unlike in other nations where democracy was attained either through revolution or even bloodshed, the process in Bhutan has been initiated, planned and overseen by His Majesty Jigme Singye Wangchuck, the Fourth King.

However, despite efforts made by the Government and Political Parties, the political participation of women appeared significantly low. As an educated Bhutanese woman, I felt morally obliged to participate as a Party Worker with an objective of making a contribution toward addressing gender issues and concerns as we embrace democracy. After 12 years of service in the Government as an active member of the Foreign Service, and 2 years of service with an international organization, I had gained an understanding of the importance of gender responsive governance. Democracy requires parity of representation and women’s participation in politics is a fundamental element in any functioning democratic system. I therefore joined The People’s Democratic Party with the intention of sensitizing the aspiring politicians and mainstreaming gender in the Party Policies, Plans and Programs, with the longer term objective of narrowing the wide gender gaps that currently exist in social, cultural, economic and political spheres. This is crucial for laying a strong foundation for democracy in our country.

iKNOW Politics: How did the International Knowledge Network of Women in Politics consolidated response support you in your work?

The consolidated response from the International Knowledge Network of Women in Politics helped me to understand the operation of Women’s Wings in other countries. It also greatly helped me in formulating The Strategic Plan for Women Democrats which will become part of the Party Manifesto. The Strategic Plans covers a range of issues including creating an enabling environment for effective participation of women in social, economic, and political affairs; encouraging greater political awareness and participation of women in politics; promoting the financial and economic independence of women; eradicating violence against women; improving the quality and accessibility of health services; promoting education for women; supporting the mentally challenged and disabled; and ensuring basic support for children. The consolidated response further enabled me in sensitizing the members of my Party on the relationship between Gender and Democracy. I am bound in gratitude for the overwhelming support that I received from the Network and I hope to introduce the Network to many Bhutanese.

iKNOW Politics: What are some of the challenges facing women’s political participation in an emerging democracy?

In Bhutan, because we do not have discriminatory policies based on sex, until recently ‘gender’ has never been considered an issue needing discussion or attention. But the reality is that gender gaps exist in all spheres, which are caused, in my view, by social, cultural, religious and economic barriers faced by women. For example, a woman can fulfill the role of a politician as well as a man. However, society perceives politics as a male domain, and this is clearly reflected by the present reality. For instance, out of the 47 candidates of The People’s Democratic Party contesting in the Parliamentary Elections in 2008, only 4 are women. Although the Party tried very hard to include more women, very few come forward. This is because Bhutanese women are faced with challenges such as cultural attitudes and stereotypes that suggest women are less capable than men; women’s double burden of income generation and domestic chores; lower literacy rates and educational levels; religious norms disabling women from breaking away from traditional roles; and women’s inferior economic status as in most cases women are economically dependent on men.

iKNOW Politics: What advice would you share with your global counterparts working to enhance women’s political participation in similar contexts?

I would advise colleagues working in similar contexts that to achieve gender equality in an actual sense, it is crucial to tackle the root cause. In most developing societies, the root cause is religious, social and cultural norms. An enabling environment for women’s empowerment with an eventual goal of achieving gender equality can only be achieved by first changing the mentality of men and women. To create political will, it is important to stress that addressing gender inequality is not only about advancement of women’s rights but also about enabling women to make full use of their potentials and skills, thus contributing towards a productive workforce for the country and thereby enhancing good governance and economic growth.

iKNOW Politics: How do you think an initiative like iKNOW Politics can be used to promote the advancement of women in the political arena?

The network can play a very crucial role in promoting the advancement of women in the political arena, and the site is very useful. iKNOW Politics could further explore possibilities of providing face to face training and networking opportunities for women politicians or aspiring politicians, through its partner organizations. The iKNOW Politics website site should be widely publicized as aside from gender professionals, many still do not know about the wealth of information that is available.