Member of Parliament of Botswana 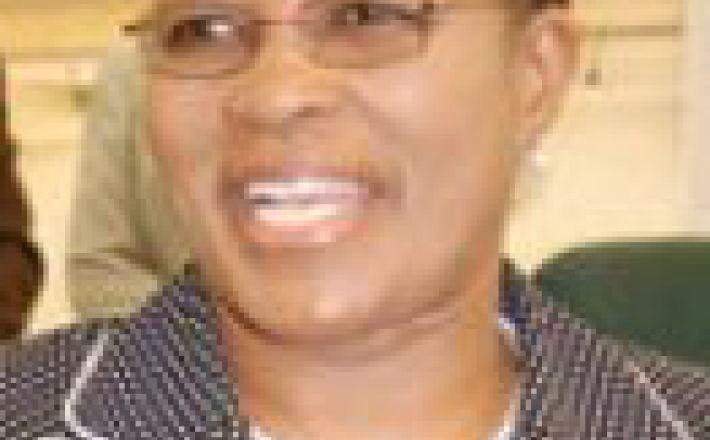 iKNOW Politics: You are currently a member of parliament in Botswana and you’ve also been in politics for many years at different levels. Could you tell us a little bit about the challenges that you’ve faced as a woman in these positions?

As a woman it’s difficult to stand for elections because to begin with, politics is very expensive. One needs resources and it is difficult for women to fundraise mainly because of the perceptions that leadership positions are for men. Another problem are the cultural beliefs and attitudes that it’s only men that should lead. So when you go to people and ask for support, even financial support, they are rather reluctant as compared to when it’s a man doing that.

The third challenge is the multi-roles of women. When you are a woman you are a mother, you are a wife, you are a nurse, you are a social worker. In other words, after the campaigns you have to go back home and make sure the family is taken care of. In the morning you have to make sure that the husband is taken care of, that all food had been prepared for them, and these multi-roles sort of interfere with a woman’s campaign. If you are standing against a man he doesn’t worry about anything except just campaigns, so these are some of the challenges that women face. And especially the cultural one, that women are not meant to lead, it should just be men. Irrespective of whether you are educated or not. People would rather vote for a man who is less educated than your. So as a woman you have to put much more effort than you would if you were a man.

iKNOW Politics: How did your background as a business person and a teacher prepare you for being in politics?

The other advantage that I had was as an educator. I had been in the teaching field for close to twenty years, both as a secondary school teacher and a teacher trainer. That helps me because I am known when I go to people’s homes—I’ve taught their mother, I’ve taught their daughter or something like that, so that also has helped me.

iKNOW Politics: What was it that motivated you to run initially for local council and then what was your motivation to run for parliament once you had been a local councilor?

Well, as someone who believes in helping other people, if you are a counselor, the role is actually to help your neighbor. I felt that I could contribute more if I were a councilor because as a Christian, my grandmother brought me up to show that you really have faith when you demonstrate it by helping other people. As a local councilor I did that and this is what encouraged me. But then after I had been in the council I felt that my education qualifications, my experience were too high for one to operate at the local level because it is a lower level. So I felt that perhaps I should stand for parliament, which would be more challenging.

iKNOW Politics: What is the situation right now in Botswana for women in parliament? Is it improving, is it getting worse?

Well, unfortunately the numbers of women in parliament is going down. To begin with, parliament is a dirty game so most women would not really want to stand for parliament. The tricks that men use to win elections are not the kind of tricks that women would use so most women would not want to be in politics. Secondly, I’ve mentioned the problems that women face and you also have a situation where even though women in Botswana are in the majority of political party memberships, but they would rather vote for a man than for a woman so that in itself discourages most women to stand for elections or for positions.

I think as a woman you should be principled and your campaign should be issue-based. When men campaign, their campaign is not issue-based, but we always say to women, “we must talk about issues,” the things that affect people—poverty, education, rape, violence against women—those are the issues that affect people on a regular basis. And then in terms of fundraising, I would say women should fundraise starting at the local level, looking at the community, people they already know, see who can assist them in that respect before they move on. Because there are associations that women can join at the local level that could assist them in fundraising. Also, one way of reducing expenses is to have people working with you because some of them would actually volunteer their services rather than expecting to be paid.

iKNOW Politics: Can you name a policy change that you made while you were Deputy Minister of Education that resonated for women and that continues to benefit women?

As you know, education in Botswana is free from primary to university so the government of Botswana was sponsoring a lot of students in foreign countries. During my time we introduced a system where privately owned teaching institutions could be established in Botswana and students would be sponsored by government through those institutions. In that way it meant that the money that we were sending out of the country was being used locally. We also introduced some aspects of the curriculum for entrepreneurship. We introduced also a program called Know About Business so that when children graduate they should really know what business is all about. As you know, the informal sector is made up of women and if those children graduate they are likely to go and help their parents, even when they are still going to school. After school, they help their mothers in the informal business so this is something that I’m very proud of.

iKNOW Politics: What is your leadership style? Has it changed in any way during the course of your experiences?

Well I think it has changed in that as a politician you interact more with people and people of different classes and at different levels so the leadership style that you use is different. If I’m a teacher obviously I will be focusing on the students that I am teaching and the teachers that are working under me, but when you are a politician your leadership style must change according the people and according to the situation one is in.

iKNOW Politics: You were one of five ministers in the cabinet. Why do you think it’s important to have women in ministerial positions and in those senior positions? What kind of perspective do you think women can bring to those kinds of positions?

It is important to have women in leadership positions whether it’s ministerial or cabinet because to begin with they are role models. They are role models to the younger girls so girls will aspire also to be leaders. Secondly when you have women as leaders you are actually demonstrating democracy because democracy means sharing of power between male and female. There can never be democracy when there is only one side that are leading. Thirdly, women are the best leaders because they start from the family. The woman manages the household and by managing the household they get management skills so even when they are in leadership positions they actually use those skills that they are using in the family. So I think when you have a woman in a leadership position, they’ll look at issues and aspects that men may never even think of.

iKNOW Politics: How has the support of other women helped you over the years in your political career?

It has really helped me in that they are the ones who also supported me. If I have functions they are the ones who will volunteer to come and do that. If I have campaigns they are the ones who will be in the campaign teams. Or if they are not able to do that they will still come in and help. So helping other women, you are not only helping those women but helping their families. Because in Botswana you not only have male headed families, but female headed families and they are in the majority so once you are working with women you are actually working with the whole nation. I would like to see a situation where the support for women includes training of how women can fundraise. How they can find the resources, because in the majority of cases women are not able to run for positions because they don’t have the resources. But I think if some training could be targeted toward that it would also help. And I must just take this opportunity to thank organizations like yours and other organizations for the support they have given the women.

iKNOW Politics: If you were to leave one piece of advice for women who are just entering their political careers, what would that advice be?

My advice would be live today as if it is the last day of your life. In other words, whatever you can do today you should do it. Don’t postpone it for tomorrow because you never know how tomorrow will be like. And every time when you are in a situation, be positive and be confident and the rest will follow.