Are men really more interested in politics than women – or are we just asking the wrong questions?

Are men really more interested in politics than women – or are we just asking the wrong questions? 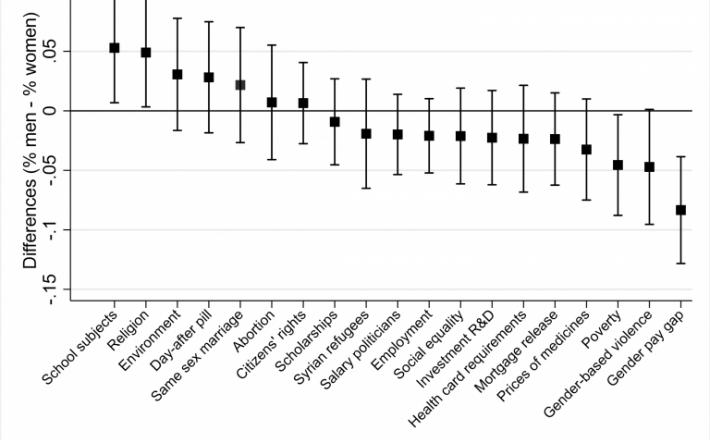 A persistent finding in public opinion research is that men, on average, tend to express more interest in politics than women. Drawing on new research on the views of Spanish citizens, Marta Fraile, Raúl Gómez, Mónica Ferrín and Gema García-Albacete explain that one potential reason for this is that the questions contained in surveys might obscure hidden differences in the way men and women think about the political world. Addressing these deficiencies would provide a better indication of citizens’ real engagement with politics.

One of the most consistent regularities in public opinion research is the existence of substantial gender gaps in political interest in most democracies. When asked the question “How interested are you in politics?”, women declare lower levels of interest in political matters than men. For years, researchers have been trying to explain this phenomenon on the basis of political socialisation, differences in resources and contextual factors. But, what if the political interest of men and women was not equally captured by the standard survey question we have been using for decades?

In a recent study, we build upon an emerging line of research that questions the gender neutrality of some of the instruments used in survey research, demonstrating that the standard indicator of political interest does much better at capturing the political interest of men than that of women. We therefore call upon the research community to develop alternative, gender-neutral measures of political interest that provide a more accurate picture of women’s interest in a range of political topics.

Click here to read the full article published by London School of Economics on 25 October 2019.