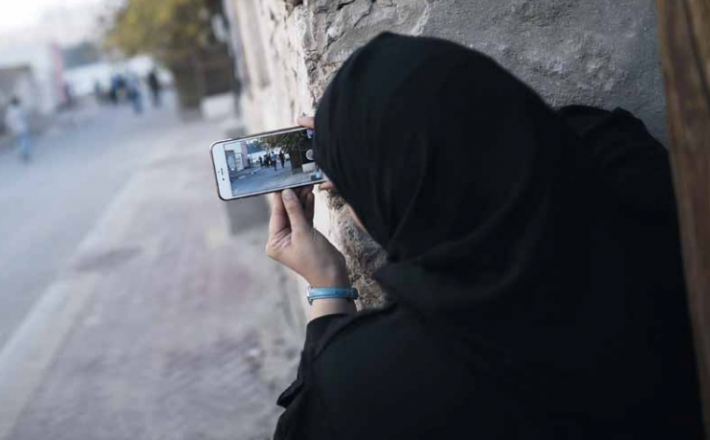 Growing internet access has facilitated women’s social and political engagement. According to Freedom House’s Freedom on the Net 2016report, two-thirds of countries assessed witnessed a significant episode of digital mobilization in the past year that resulted in social or political change. Many of these citizen-led initiatives have amplified women’s voices and led to tangible offline results, demonstrating the importance of reliable and uncensored access to ICTs for women’s empowerment.

Social media has proven to be an essential platform for informal political mobilization, allowing women to challenge unjust laws, influence policy, and campaign against sexist cultural practices. In Jordan, activists launched a viral social media campaign against requirements that a male guardian be present before a child can be admitted to hospital, resulting in an online petition asking parliament to amend the relevant laws. In earlier years, digital activism in Morocco led to a national debate on Article 475 of the Moroccan penal code, which allows rapists to avoid prosecution if they agree to marry their victims. Events were sparked in March 2012, when a 16-year-old girl committed suicide after a seven-month ordeal in which she was forced to wed her alleged rapist. Women’s rights activists successfully used social media and online news platforms to counter arguments made by state-controlled radio and television outlets, rallying popular support for changes to the law. The parliament unanimously repealed the provision in 2014.

Digital advocacy has also shifted cultural attitudes in relation to violence against women. In Mexico earlier this year, hashtags transformed into a mass movement protesting against femicide and harassment against women. The popular hashtags, which translate to “No means no,” “Don’t remain silent,” and “My first harassment,” mobilized women across Twitter and Facebook, bringing them to the streets to challenge a culture that normalizes abuse of women and the often corrupt and ineffective law enforcement authorities that regularly let victims down. A similar movement had erupted earlier on Argentina’s social media scene in 2015, with the #NiUnaMenos (No One Less) online campaign leading to mass demonstrations against gender-based violence. The campaign and ensuing demonstrations spurred the government into action, with the head of the National Council for Women drafting a national plan in June 2016 specifically addressing the concerns raised by #NiUnaMenos.

Though online platforms have allowed female activists as well as ordinary women to influence law and policy, women face unique challenges online. Harassment and trolling against politically vocal women online presents a major hurdle for women seeking to mobilize online. A recent survey conducted in India revealed that more than half of female respondents faced abuse online, and about a third of these reported that they had intentionally reduced their online presence as a result. Reporting mechanisms for abusive behavior are often ineffective, and are regularly exploited by perpetrators to disable victims’ accounts. A study in Mexico found that increased internet penetration resulted in a culture of gender-based discrimination spreading from the streets to the internet. Derogatory remarks about women are disseminated on news portals, blogs, and social networks, and women who use the internet to publicize offline harassment have been targeted with online abuse in ways that could further deter victims from reporting crimes of assault and sexual violence.

Women also continue to face specific limitations getting online. A digital gender divide persists, with 36 percent of women having access to the internet compared to 41 percent of men globally. Underlying reasons for the divide are complex, but online abuse is often cited as a factor, in addition to lower literacy and digital literacy amongst women, as well as social and cultural expectations limiting women’s presence online.

The importance of women’s access to ICTs cannot be underestimated. Online platforms are often a key vehicle for political engagement, and are particularly significant in environments where women have limited opportunity to formally participate in politics. Social media platforms and other online tools have allowed women around the world to organize and ensure that their interests are represented. In order to facilitate women’s political mobilization online, civil society, NGOs, and governments should work towards addressing the digital gender divide and increasing digital literacy amongst women particularly in low- and middle-income countries; engage with the tech community to ensure that gendered abuse online is addressed and mitigated; and facilitate online advocacy training for marginalized women. With reliable and safe access to the internet, women will continue to participate in public discourse and effect political change through their activities online.