The Philippines: The vice president is the only woman seeking the top job

The Philippines: The vice president is the only woman seeking the top job 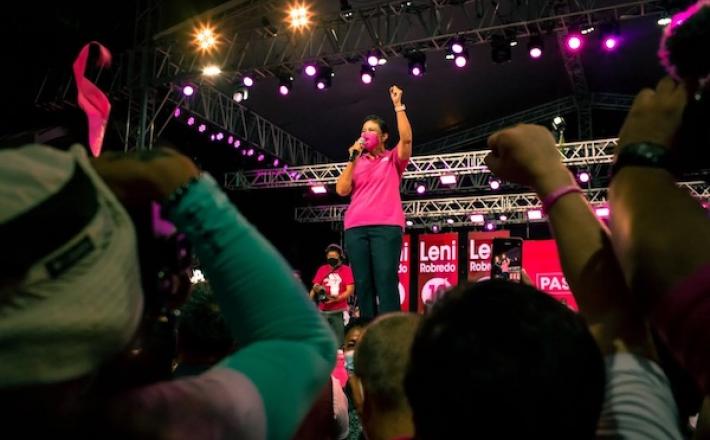 The two top candidates in Monday’s presidential election offer Filipino voters a stark choice: the country’s vice president who has served as a check on President Rodrigo Duterte versus the scion of the Philippines’ most controversial political family.

Leni Robredo, who was elected separately from Mr. Duterte, is an outspoken critic of the president and a frequent target of his insults. She is polling a far second behind the front-runner, Ferdinand Marcos Jr., the only son and namesake of the former dictator.

But perhaps the biggest surprise in this election has been the groundswell of support for Ms. Robredo from “Generation Z” and thousands of millennials. Many of her supporters are first-time voters, or are too young to vote.

Click here to read the full article published by The New York Times on 9 May 2022.