Afghan women 'too emotional' for leadership and have enough rights, domestic survey claims

Afghan women 'too emotional' for leadership and have enough rights, domestic survey claims 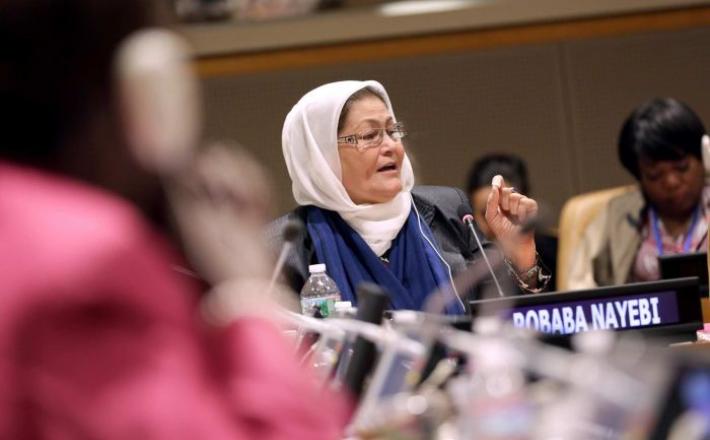 Afghan men strongly oppose giving women more freedom — two in three think they have too much already — and young men are even more reluctant than their elders, according to a new survey released this week.

And women aren't fully on board with the idea of parity, either.

Almost one in three of the Afghan women surveyed think women already have a surfeit of rights and a similar proportion say they are "too emotional" to be leaders.

The male generational gap may be explained by younger men seeking rigid gender roles as they struggle to find work and stability in a country ravaged by war and poverty, according to gender equality group Promundo.

Religious teachings against women's rights under the Taliban regime also played a role in hardening views among younger men, said Gary Barker, founder of Promundo-US, which works with men and boys to promote gender equality.

The survey was organised by Promundo and UN Women, the United Nations equality agency.

Click here to read the full article published by ABC on 29 January 2019.