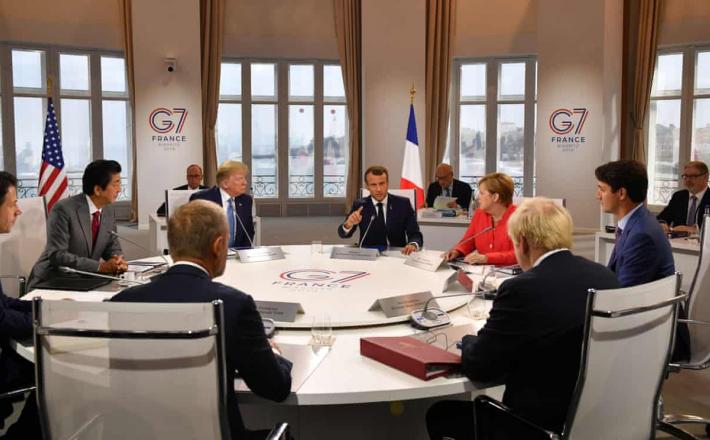 The G7 leaders have been told to get rid of discriminatory gender laws that still exist on their statute books and begin enshrining equal rights in the legal system.

All G7 countries, including the UK, still have discriminatory laws on their statute books or substantial loopholes that allow discrimination, the G7’s gender equality advisory council said at a key summit session attended by all leaders, including the US president, Donald Trump.

Discriminatory laws range from the UK’s legal position on child marriage, with children as young as 16 allowed to marry if their parents give consent, to limits on free contraception in Germany, or regressive laws on abortion in certain US states and a lack of federal law guaranteeing paid maternity leave.

The leaders were addressed by the Nobel laureates Nadia Murad – a Yazidi woman from Iraq who was kidnapped and raped by Islamic State before she escaped, going on to become a human rights campaigner – and Denis Mukwege, a Congolese gynaecologist who has treated tens of thousands of rape survivors.

With them, Phumzile Mlambo-Ngcuka, the head of UN Women, urged the leaders: “We are not only asking you to be brave, we are asking you to be the great generation of leaders who will take bold steps. We call upon you to pronounce 2030 as the expiry date of gender inequality.”

Click here to read the full article published by The Guardian on 25 August 2019.