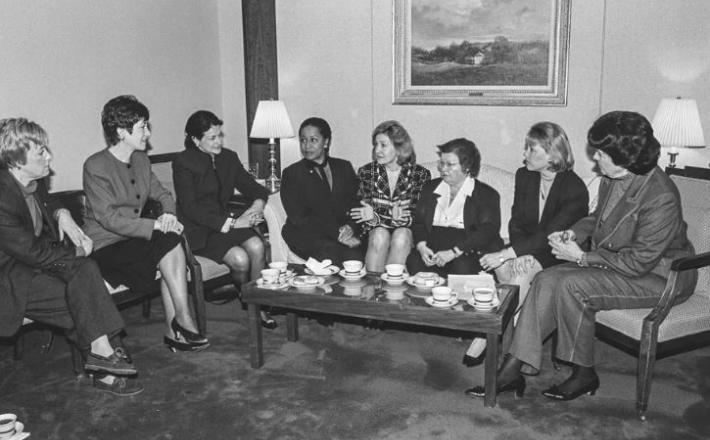 Ever since women started holding political office, American men have been fixated on their clothes.

When she was in the Senate, Carol Moseley Braun got used to having her clothing scrutinized.

She remembers one incident in particular, she told Vox. “Women’s Wear Daily had me on its cover — actually a picture of my butt,” she said, “and it said, ‘this is what a Chanel sweater set should not look like.’”

Women in politics “are held to a different standard across the board” than men when it comes to dress, said Moseley Braun, who represented Illinois in the Senate from 1993 to 1999. And it hasn’t necessarily changed much since she was a senator.

In November, writer Eddie Scarry of the conservative Washington Examiner made headlines (and spawned countless memes) when he tweeted a photograph of Rep.-elect Alexandria Ocasio-Cortez, the New York City Democrat, with the caption, “that jacket and coat don’t look like a girl who struggles.”

Click here to read the full article published by VOX on 3 December 2018.