Female parliamentarians still face a motherhood penalty, but the evidence globally suggests it can be ended

Female parliamentarians still face a motherhood penalty, but the evidence globally suggests it can be ended 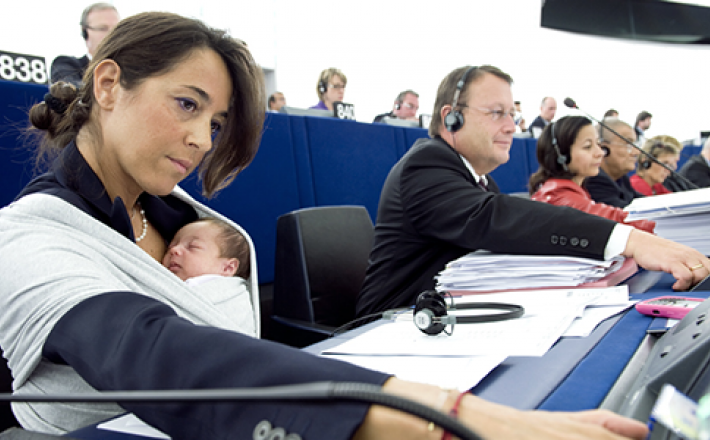 Why do we still rarely see mothers, especially those with young children, represented in parliament? The rarity of scenes like the one above of women successfully balancing motherhood with a career in politics underscores an observable fact that relatively few members of parliament (MPs) are women with young children. A commonly held belief in many societies is that women who would like to serve in politics, especially those with young children, are heavily disadvantaged. Campaign funders, media elites and political party gatekeepers may inhibit the promotion and selection of female candidates with small children because they fear such candidates will lose votes among the electorate. By contrast, these same gatekeepers promote children as assets for male MPs, whose campaigns typically benefit from emphasising their fatherhood. So, what’s going on?

Perhaps unsurprisingly, a lot of this dynamic has to do with gender role expectations. The basic underlying problem seems to be a perceived care conflict along gendered lines. Many believe that given limited time and resources, a female MP must necessarily choose between either a) caring for her own children/family members, or b) caring for her electoral constituents and/or society as a whole. By contrast, male MPs are rarely seen as facing this conflict because they are assumed to outsource care work to others. Mothers with young children also face much higher levels of scrutiny because of the busy schedules of MPs on top of gendered social expectations that mothers do most of the parenting and care work themselves.

Click here to read the full article published by Democratic Audit on 3 April 2020.