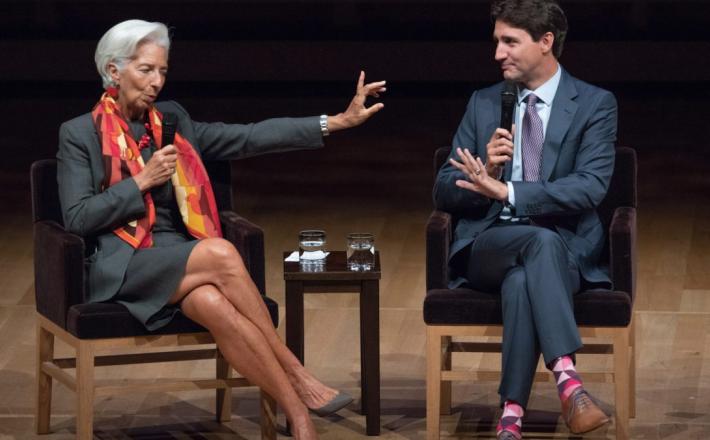 TORONTO — Prime Minister Justin Trudeau says movements such as Me Too play a role in changing a workplace culture that often keeps women from top-level positions.

Speaking at a women’s summit in Toronto, the prime minister said sexual harassment is one of the barriers that can prevent women from rising through the ranks in business and in politics.

Asked what the country could do to increase the number of women in senior corporate jobs, Trudeau invoked his own experience in recruiting women to politics so that he could appoint a gender-balanced cabinet, saying it took years of outreach to build his team.

“Now the challenge is around retention, because politics is still a very difficult game … there’s still huge barriers and old boys’ approach in many ways that cause many challenges,” he said.

“Therefore how we’re changing the culture within the political world we’re in — including things like Me Too and sexual harassment — becomes really, really important around making sure that women make it from that entry level to the top level positions, and more of them.”

Click here to read the full article published by Ipolitics on 10 September 2018.