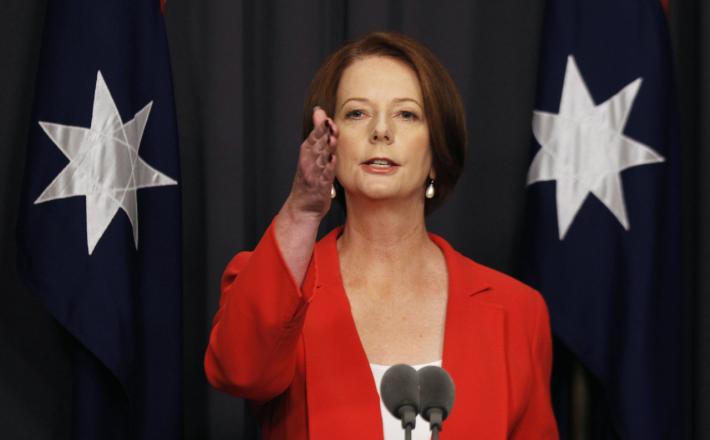 Ms Gillard also spoke of her own experiences of sexism as Australia's first female prime minister during her keynote address at an event in memory of Jo Cox, the UK MP who died after being shot in her constituency in northern England in June.

She said they had been "particularly shaken".

"Standing at street stalls and giving out pamphlets at train stations they asked themselves for the first time ever — 'are we safe?'," she said.

".... Threats of violence have become more prevalent for women in public life. Once upon a time, to criticise a public figure, you generally had to put your name to that criticism.

"They can take the form of detailed death threats, or threats of violence against family, friends and staff.

"And of course, as a woman in public life, the violent threats take on another sickening dimension. Threats of violent abuse, of rape, are far too common. A woman in public view may expect to receive them almost daily."

Earlier this year, Deputy Opposition Leader Tanya Plibersek also spoke about a rape threat she had received while in student politics.

Ms Gillard also told those in London that women entering politics would encounter "sexism and misogyny", citing her own experiences after becoming prime minister in June 2010.

"If you are a woman politician, it is impossible to win on the question of family," she said.

"I had already been chided by a senior conservative senator for being 'deliberately barren'."

Ms Gillard's comments come four years after she made headlines around the world for labelling then-opposition leader Tony Abbott a misogynist in Parliament.