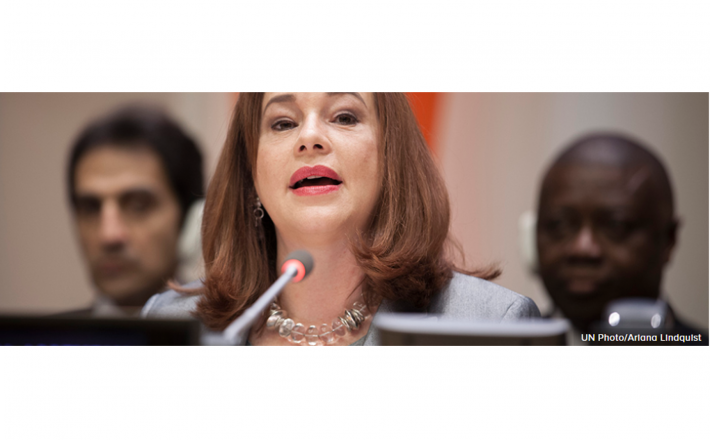 The Group of Gender Equality Leaders established by UN General Assembly (UNGA) President Maria Fernanda Espinosa Garces issued a set of recommendations on gender parity in education and access to health services, as well as promoting women’s “full and effective participation.” The Group held its second meeting on the margins of the July 2019 session of the UN High-level Political Forum on Sustainable Development (HLPF), and a summary was released in August.

Espinosa established the Group as an informal forum of eminent persons to accelerate gender equality. The Group’s first meeting convened in January 2019 and focused on identifying barriers to women’s full participation and leadership in both the public and private sectors, and sharing best practices for accelerating women’s empowerment.

The second meeting took place as an informal plenary discussion on ‘gender equality and women’s leadership for a sustainable world,’ on 15 July 2019, at UN Headquarters in New York, US. In opening remarks, Espinosa highlighted the importance of women’s full participation and leadership in achieving the SDGs, and recognized progress made since the adoption of the Beijing Declaration and Platform for Action. The President underscored continued challenges for women, including discrimination in access to financial services and land ownership. She called for a recommitment to gender equality and women’s empowerment. UN Economic and Social Council (ECOSOC) Vice President Mona Juul emphasized the centrality of women and girls in efforts to achieve SDG 1 (no poverty) and SDG 17 (partnership for the Goals).

Click here to read the full article published by IISD on 29 August 2019.