IGNITE empowers women in politics on and off campus

IGNITE empowers women in politics on and off campus 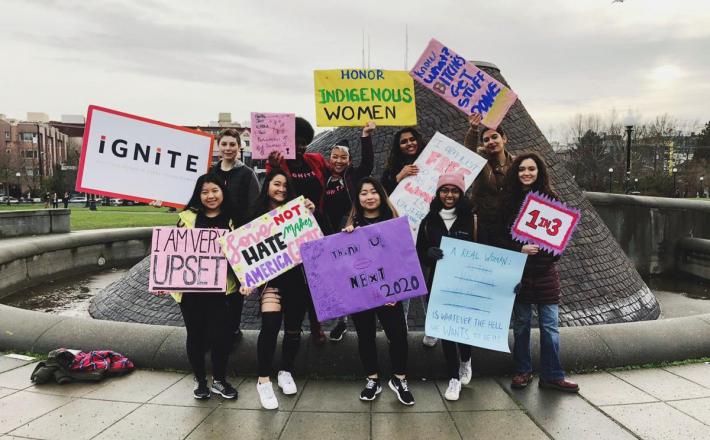 Two years ago, the UW created its own chapter of IGNITE, a non-partisan organization dedicated to supporting women in politics. Last year, the chapter officially became an RSO.

IGNITE is the largest non-partisan organization that supports women and is growing at a rapid pace, according to Fiona Murray, the Seattle fellow for IGNITE. The number of women IGNITE serves has doubled this year and the organization has spread from two states to 30 states in the last five years, Murray wrote in an email.

In pursuit of the IGNITE mission, the UW chapter has hosted several events dedicated to civic engagement for both men and women. Last year, the chapter held a polling party that encouraged students to register to vote.

According to Janani Iyer, co-president of the UW chapter of IGNITE, last year’s polling party resulted in about 120 students registering to vote. IGNITE set up a table outside of Kane Hall that focused on giving students information about voting and igniting their interest in voting. Passing students could take a postcard, write down their reason for voting, and stick it to a poster.

Click here to read the full article published by The Daily on 16 October 2019.