Liberia Passes Law to Create Seats in Parliament for Women

Liberia Passes Law to Create Seats in Parliament for Women 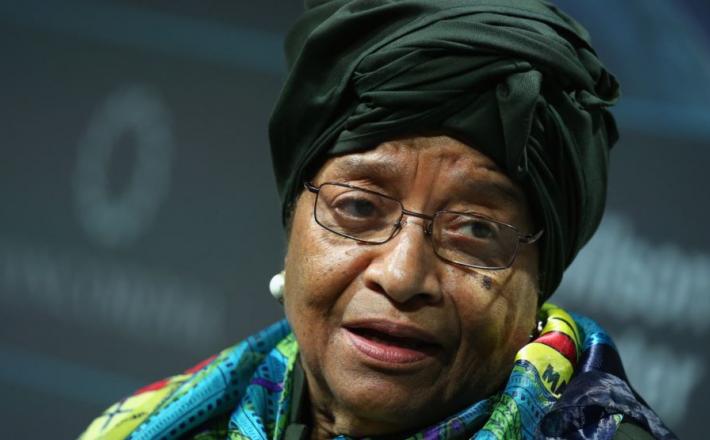 Women's rights activists in Liberia welcomed a new law creating parliamentary seats reserved for women, young people and people with disabilities, in a country where women are poorly represented in politics despite having a female leader.

Liberia's House of Representatives passed the Equal Representation and Participation Bill on 29 September 2016, creating five seats for female politicians, one for youths and one for people with disabilities in the nation's lower house of parliament, according to the United Nations agency U.N. Women.

"The long-awaited passage of this bill is great news for women in Liberia," said Mary Wandia, program manager at the rights group Equality Now. "Liberian women and girls have been failed for too long on several fronts".

Liberia boasts the first woman freely elected as a head of state in Africa, Ellen Johnson-Sirleaf.

However only one in nine seats in Liberia's parliament are held by women, according to the World Bank. The West African nation ranks 40th out of 54 African countries for the number of women in parliament, and 149th out of 191 worldwide, U.N. Women said.

"Girls can aspire to join a space that is welcoming, that expects them," said Peterson Magoola of U.N. Women.

"Women will know that Liberia cares to hear their perspectives and include it in decision making," he told the Thomson Reuters Foundation.

While the law has been hailed as a positive move to encourage women's participation in politics, it may have unintended consequences, said Tamba Johnson of the Women of Liberia Peace Network (WOLPNET), based in the capital Monrovia.

Male politicians may seek to persuade voters that aspiring female candidates should be chosen only for the seats reserved for women, Johnson said.

"The allotted seats will always be flagged by men when it comes to elections," Johnson said. "I feel the future political arena for women will become gradually gloomy over the years."

Women's representation in politics has made substantial progress in sub-Saharan Africa, where the share of female parliamentarians increased to 22.3 percent last year from 9.8 percent in 1995, the Inter-Parliamentary Union (IPU) said.