Meet The First Openly LGBT Politician To Be Elected Governor

Meet The First Openly LGBT Politician To Be Elected Governor 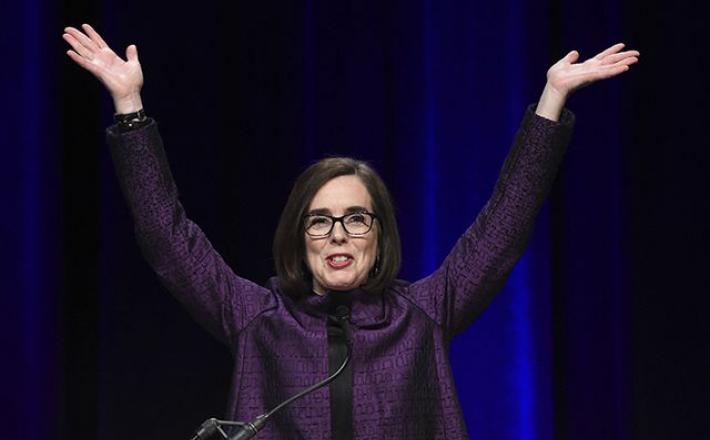 Oregon Democrat Kate Brown became the first openly LGBT person to be elected governor yesterday. Though Gov. Brown is married to a man, she identifies as a bisexual woman.

Gov. Brown was actually the incumbent in Oregon's gubernatorial race against Republican challenger Bud Pierce. She took over as governor in February 2015 following the resignation of scandal-plagued former Gov. John Kitzhaber; as secretary of state, she was first in line of succession. After last night, she has been officially elected to the office, and made history in the process.

Gov. Brown has spoken about the impact her election might have on the LGBT community.

"You can't be what you can't see," she told the Washington Blade last month. "If I can be a role model for one young person that decides that their life is worth living because there's someone like them in the world, it's worth it."