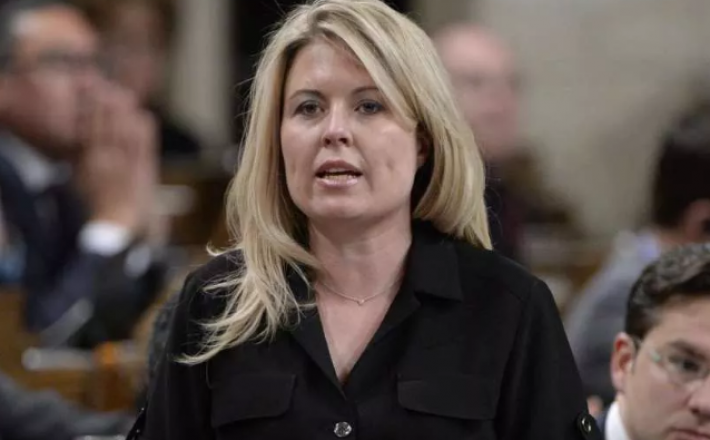 Michelle Rempel, the Conservative MP for Calgary Nose Hill, is again speaking out about the harassment and abuse Canada’s female politicians endure.

On Tuesday, she tweeted a picture of an anonymous and deeply unsettling letter she received attacking her for wearing clothes that expose her “bare neck.”

Between grammatical errors, the unnamed author suggests to a sitting Member of Parliament that her clothing is to blame if her ideas are not “well-respected around the world.”

Rempel is no stranger to calling for better treatment of women in politics. Last October, in an opinion column, she expressed her frustration with the way women who had their eye on the recently vacated Conservative leadership were being treated. 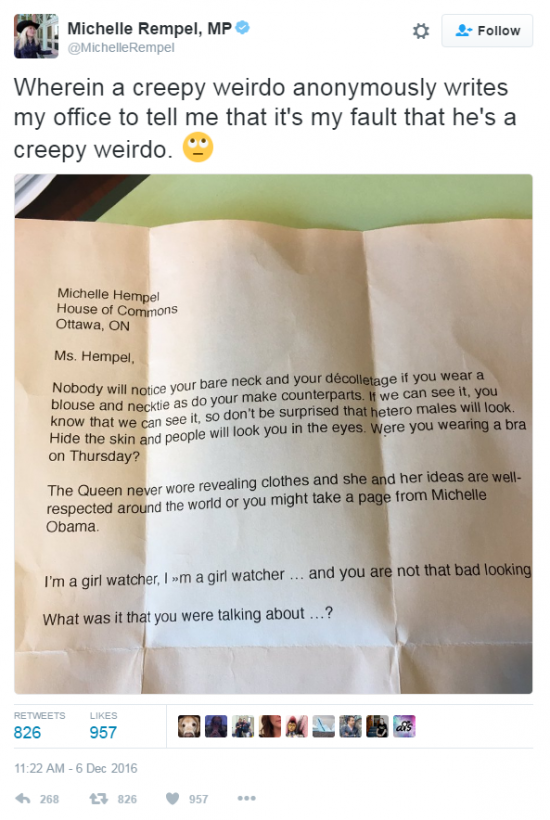