No U.S. state legislature has ever been majority-women — until now

No U.S. state legislature has ever been majority-women — until now 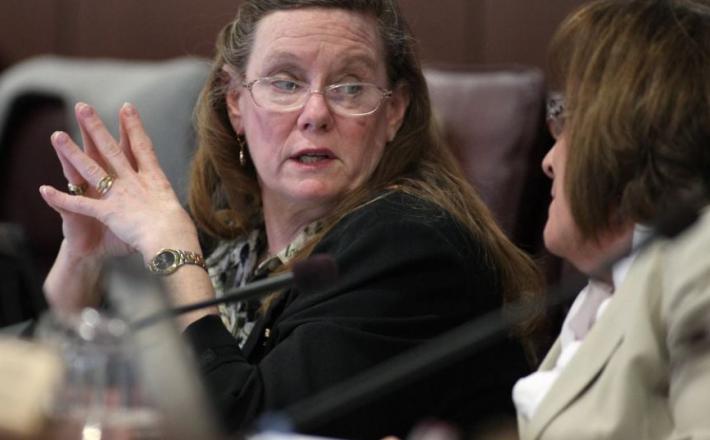 It’s been 20 years, but Assemblywoman Maggie Carlton still remembers the cigar smoke. During her first year as a Nevada state senator in 1999, she heard about a meeting happening in her committee chairman’s office without her. So she and a female lobbyist walked in through the side door and found a handful of men sitting around the conference table.

“Sometimes you can't wait to be invited. You have to put yourself in the room,” said Carlton, a Democrat from Las Vegas who became the longest-serving female legislator in the state’s history this session. “After that particular instance, I got invited to a lot more meetings,” she added.

Now, Nevada has more women in the room than ever, following an unprecedented number of women running for office nationwide in 2018. The state’s 80th legislative session kicked off Monday with 32 women serving in the Legislature — and only 31 men. That’s a slim majority of 50.8 percent women, but it’s the first time in the country’s history that a legislature has a majority of female lawmakers. Even with the razor-thin margin, women in the Nevada Legislature from both parties told VICE News they feel energized as leaders in gender parity and want to set an example for the rest of the country this year.

But only Democratic women have made sizeable gains: Of the state’s 32 female lawmakers, six are Republican — or 18.8 percent — a ratio even lower than the party divide among female legislators throughout the country. Nationally, 31.1 percent of female state lawmakers are Republicans and 67.8 percent are Democrats, according to the Center for American Women and Politics at Rutgers University. Twelve of Nevada’s female lawmakers are freshmen, including only two Republicans.

Click here to read the full article published by Vice News on 4 February 2019.