Not all women gained the vote in 1920

Not all women gained the vote in 1920 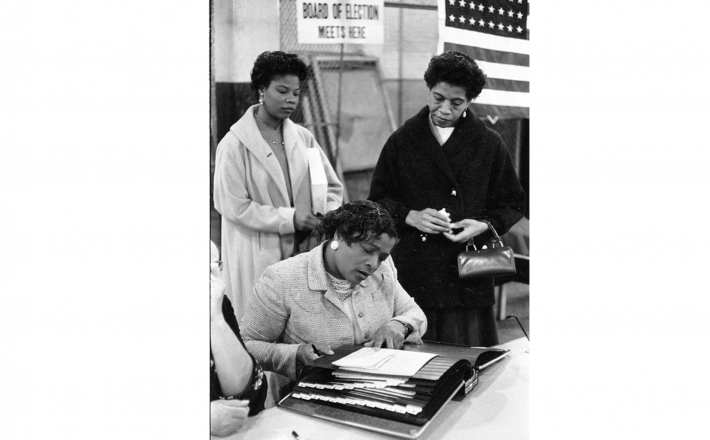 When the 19th Amendment became law on August 26, 1920, 26 million adult female Americans were nominally eligible to vote. But full electoral equality was still decades away for many women of color who counted among that number. The federal suffrage amendment prohibited discrimination on the basis of sex, but it did not address other kinds of discrimination that many American women faced: women from marginalized communities were excluded on the basis of gender and race. Native American, Asian American, Latinx and African American suffragists had to fight for their own enfranchisement long after the 19th Amendment was ratified. Only over successive years did each of those groups gain access to the ballot.

In 1920, Native Americans weren’t allowed to be United States citizens, so the federal amendment did not give them the right to vote. The first generation of white suffragists had studied Native communities to learn from a model of government that included women as equal democratic actors. But the suffragists did not advocate for indigenous women. Nonetheless, Native American activists like Zitkála-Šá continued to organize and advocate with white mainstream suffragists. With the passage of the Snyder Act in 1924, American-born Native women gained citizenship. But until as late as 1962, individual states still prevented them from voting on contrived grounds, such as literacy tests, poll taxes and claims that residence on a reservation meant one wasn’t also a resident of that state.

Click here to read the full article published by PBS on 6 July 2020.