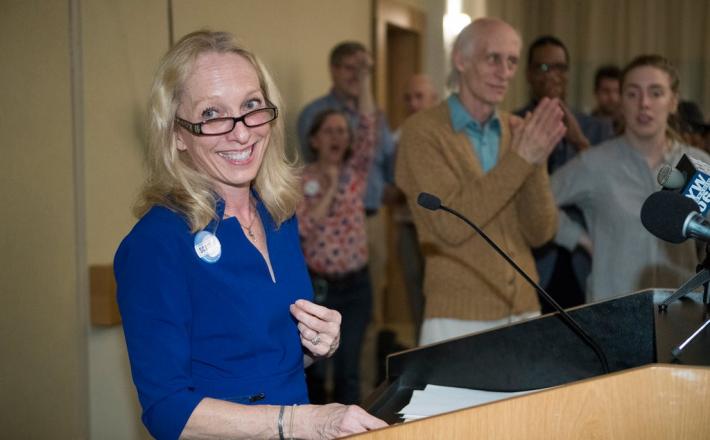 A state representative, an Air Force veteran and two high-powered lawyers — all women — won Democratic House primaries on Tuesday in Pennsylvania, where a record number of women ran for House seats in a year of intense political enthusiasm among female Democrats.

It was a night of victories for at least seven Democratic women running for the House in a state that has an all-male congressional delegation of 20 and a Statehouse dominated by male politicians. Female candidates showed strength in nearly every region of Pennsylvania, from the Philadelphia suburbs to the conservative southwest.

Madeleine Dean, the state House member; Chrissy Houlahan, the veteran; and Mary Gay Scanlon, one of the lawyers, each won in Philadelphia suburban districts that they are now favored to carry in November, according to results from The Associated Press. Their primary victories raise the likelihood of women cracking the state’s all-male congressional delegation.

Click here to read the full article published by The New York Times on 15 May 2018.