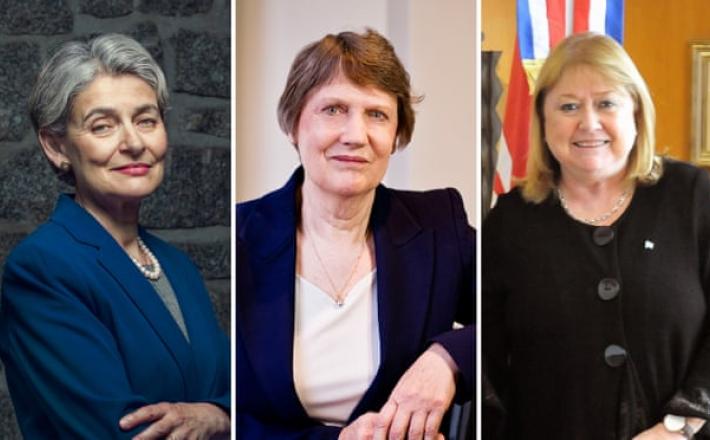 More than 30 female world leaders including current and former heads of state have called for a fightback against the erosion of women’s rights, with one former minister singling out countries led by “a macho-type strongman” as part of the problem.

Susana Malcorra, the former Argentinian foreign minister, said in some countries the push for women’s rights was seen as something that harmed men, rather than an opportunity to change gender expectations in a way that helped everyone.

“There is a sense of the established power being threatened by women gaining respect,” she said.

Helen Clark, the former prime minister of New Zealand, and Irina Bokova, the Bulgarian politician and former Unesco director have joined Malcorra in launching the campaign, which includes the release of an open letter.

The letter calls for “the need to achieve full gender equality and empowerment of women across all ambits” and has been signed by dozens of prominent women, including Christiana Figueres, former executive secretary of the UN framework convention on climate change, Ethiopian president Sahle-Work Zewde and former Irish president Mary Robinson.

Malcorra said that the pushback against women’s rights was “crystal clear” in several countries, especially in those countries where populism had led to the rise of “a macho-type strongman” leader, naming Brazil, the Philippines, Italy and parts of eastern Europe.

Click here to read the full article published The Guardian on 28 February 2019.