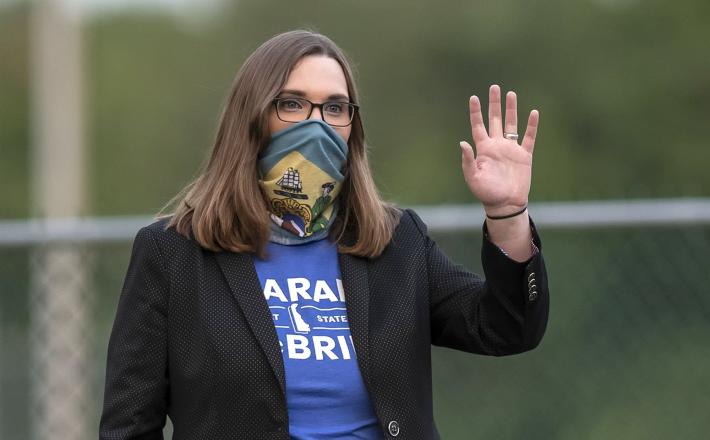 Sarah McBride has won her Delaware state Senate race, poising her to become the first and only openly transgender state senator in the U.S. and the country's highest-ranking transgender official.

"I hope tonight shows an LGBTQ kid that our democracy is big enough for them, too," McBride, 30, tweeted Tuesday night after the election was called. "As Delaware continues to face the Covid crisis, it's time to get to work to invest in the policies that will make a difference for working families."

"I've spent my life fighting for people to have dignity, peace of mind, and a fair shot at staying afloat and getting ahead," McBride said in a statement announcing her candidacy last year. "Sen. McDowell's retirement at the end of this term is a well-deserved cap on a remarkable career of public service, and now our neighbors need someone who will continue to fight for them."

Click here to read the full article published by NBC News on 4 November 2020.