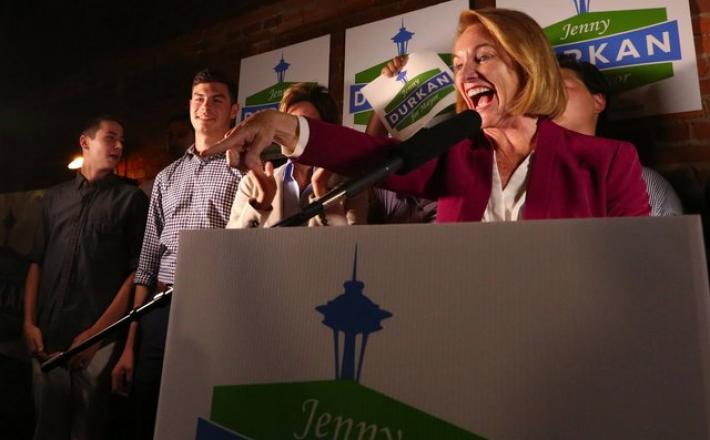 Seattle last elected a woman as chief executive in 1926. Bertha Knight Landes was the first woman to lead a major U.S. city, occupying the mayor’s office for two years after having served as president of the City Council.

Seattle will elect a woman as mayor in 2017 for the first time in 91 years, with voters putting four women ahead in a crowded primary election in Tuesday night’s returns.

Former U.S. Attorney Jenny Durkan held a commanding lead over the 21-candidate field with 31.6 percent, while urban planner Cary Moon and educator and attorney Nikkita Oliver were neck and neck with 15.6 percent and 13.9 percent, respectively, in the nonpartisan race to succeed outgoing Mayor Ed Murray.

The top two finishers in the primary will advance to the Nov. 7 general election, with issues such as homelessness, housing costs and police reform teed up for debate.

Click here to read the full article published by The Seattle Times on 1 August 2017.