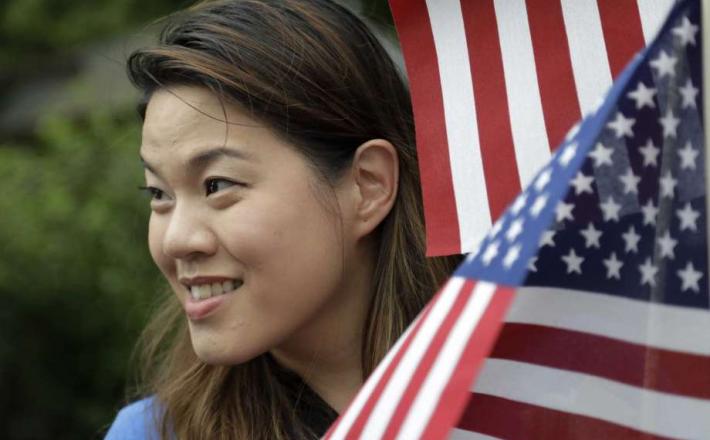 Christine Lui Chen, a 36-year-old health care executive in New Jersey and mother of two small children, had never considered entering politics, focusing instead on her family, her career and her community.

That all changed in January, 13 hours after she attended the Women's March on Washington. She emailed Democratic officials: "Here's my resume. I want to get involved."

Less than five months later, Chen's name will be on the ballot, unopposed, in Tuesday's Democratic primary. She hopes to become her district's first Democratic state senator in more than 30 years, the first-ever Asian-American woman in her state's legislature — and a spear-point for legions of enthusiastic, mainly liberal-leaning women inspired by the election of President Donald Trump to get into politics.

"I just never thought politics was in the cards," says Chen, whose parents immigrated to the United States with almost nothing to their name. "But I don't want to be the one who didn't do anything, when we're at this moment in history where we need to stand up and say, 'This is what it means to be an American.'"

New Jersey is one of two states holding general legislative elections this year; the other is Virginia. Political analysts will be watching closely to see if there's a shift in the red-blue balance, but the newfound enthusiasm for politics among women — particularly young women like Chen — is also drawing attention.

Click here to read the full story published by ABC News on 6 June 2017.