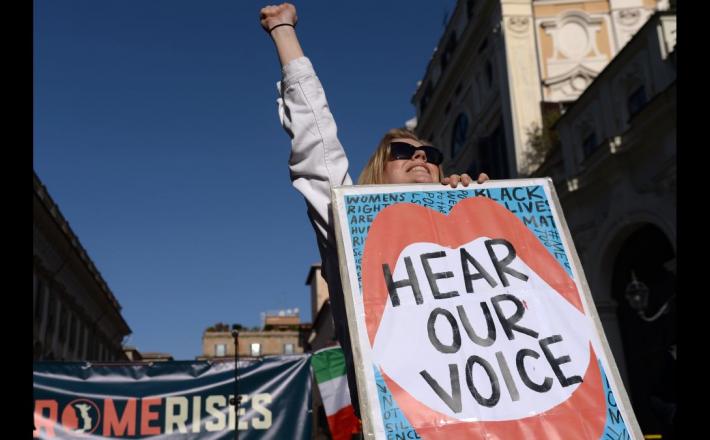 (CNN) The 2018 midterm elections are already historic when it comes to the number of women candidates running. A record 309 women have filed to run for seats in the US House, according to the Center for American Women and Politics at Rutgers University. There are 29 women running for US Senate and 40 women running for governors races so far.

More and more women are putting themselves forward in the hope of increasing the number of women in legislatures and across government. EMILY's List, the political action committee that backs Democrats who support abortion rights, tells CNN they are actively involved in more than 70 races featuring women right now.

In a conversation with David Axelrod on "The Axe Files," a podcast from The University of Chicago Institute of Politics and CNN, EMILY's List President Stephanie Schriock says there is an "avalanche" of women running for office, it's nothing like she's ever seen before.

"Avalanches are dangerous but what's so powerful about an avalanche is it gets bigger as it goes down. That is what's happening. It is getting bigger as we keep moving away, it's growing and growing every day," Schriock tells Axelrod.

Click here to read the full article published by CNN on 10 April 2018 and listen to Axelrod's interview with Schriock.