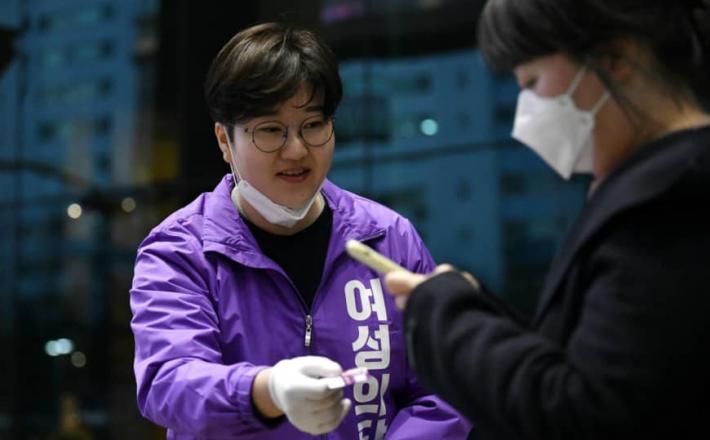 South Korea is regularly ranked lowest in the developed world for gender equality, but for the first time a feminist party is seeking parliamentary seats at Wednesday’s election, accusing the political establishment of having failed women.

But it has a mountain to climb.

It has put forward four candidates in the proportional representation section of the vote, and to secure a single seat will need 3 percent of the popular vote.

“I had signed petitions, I participated in rallies against sexual violence against women, but realized it wasn’t going to work. So I’ve decided to go to the National Assembly,” said Kim Ju-hee, one of the four, who at 25 is among the youngest candidates in the whole election.

Click here to read the full article published by Japan Times on 19 Abril 2020.