For women foreign ministers and activists, a historic first in Montreal

For women foreign ministers and activists, a historic first in Montreal 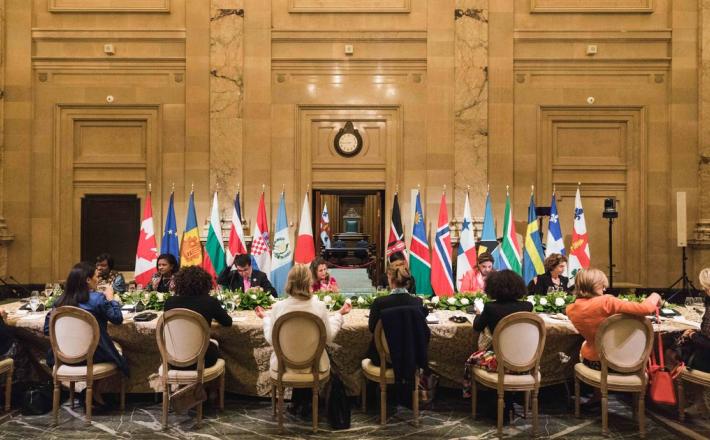 At the first official Women Foreign Ministers’ Meeting, Canada provided a window for activists to shape ideas about what a feminist foreign policy should look like. Those present tell OpenCanada what they’ll be watching for from the ministers at the UN General Assembly and going forward.

The Queen Elizabeth Hotel in downtown Montreal has seen its fair share of notable visitors since its opening in the 1950s. Fidel Castro, Nelson Mandela, Jimmy Carter, Mikhail Gorbachev and the eponymous queen herself have all graced its halls, and in 1969 it reached international fame with John Lennon and Yoko Ono’s “bed-in for peace.”

Click here to read the full article published by Open Canada on 25 September 2018.