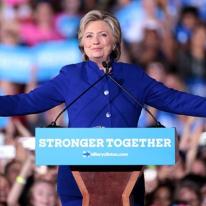 OSLO — The last year has brought troubling events for feminists who are striving to see more women win top political leadership positions. Two female presidents, Dilma Rousseff of Brazil and Park Guen-hye of South Korea, had to leave office amid corruption scandals. In the United States, a female candidate did not become president: Hillary Clinton.

Female politicians are often met with skepticism because of their gender, and Clinton was exposed to clearly misogynist attitudes. Whether the two female presidents of Brazil and South Korea were judged more harshly than men is difficult to say. No one wants corrupt politicians, but both of those countries are flawed democracies. It would take deep analysis to determine whether women were more exposed, caught up more easily or criticized more severely for gender-related reasons to explain their downfalls.

What’s clear is that the number of female top leaders globally was small last year, dropping from a record high of 24 in 2015 to 20 in 2016.

My country, Norway, is described internationally as a “gender equality winner,” but we have never exceeded 40 percent of women in parliament and local councils, so the women’s movement here still has work to do. Norway is holding general elections on Sept. 11, and 40 percent of the candidates are women, including the incumbent, Erna Solberg, of the Conservative Party.

Solberg is the second female prime minister of Norway, and we have at times reached gender parity among ministers in the cabinet, yet counting the political advisers and state secretaries reflects a solid male-dominated government. Researchers note that Norway’s gender-equality policy has failed, especially as men control the economy and the media as well.

Click here to read the full article published by PassBlue on 15 August 2017.