Women in Politics, by Natasha Azzopardi-Muscat 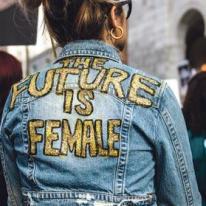 This opinion piece was originally published by Times of Malta on 18 July 2017 here.

By Natasha Azzopardi-Muscat, president of the European Public Health Association and a senior lecturer at the University of Malta.

Over the past days, the issue of women’s under-representation on the local political scene made the headlines thanks to the LEAD initiative launched by the Labour Party. This is by no means a new issue.

On September 26, 1993, as International Secretary of the University Student Council (KSU), I had organised a European seminar to discuss this problem. In Malta at that time we had only one female member of Parliament. Over a quarter of a century, the situation has improved slightly, but nowhere near enough.

The main reasons given during that seminar way back in 1993 for women’s lack of participation in politics included: lack of child care, unsocial hours for parliamentary sittings and other political gatherings, Church influence regarding the role of the woman in the home and a general prevailing male cultural chauvinism.

It is indisputable that over the past two decades the role and presence of women in Maltese society has changed incredibly.

This is particularly visible in the professional environment where in the public and the private sectors women have made great strides thanks to the measures implemented by successive governments.

But political representation lags behind and the issue of unsocial hours for sittings and political gatherings remains unchanged almost 25 years later.

We should start off by answering the rhetorical question: why is it a good thing to improve women’s participation in politics? Often, equality and rights are placed under the spotlight as the key reasons as to why women should be represented more equitably in our decision-making institutions.

However, there are other important reasons, namely, evidence that men and women bring diverse perspectives and use emotional intelligence differently to address policy problems and that mixed teams tend to achieve better performance.

Many countries have taken specific measures to improve women’s participation in politics. The measures vary immensely and so does their success.

A study published in 2016 examined the impact of introducing targets and quotas for women in parliament across 80 houses in 63 countries.

Turning to the domestic context, there are two sets of barriers that need to be overcome. The first relates to the fact that women appear to be more reluctant than men to run for political office. Here I share my own personal experience.

Between 1994 and 2001 I was politically active in the youth and women’s sections and the grassroots of the Nationalist Party where late night meetings and weekend events were the norm. In 2001, I quit all political activities when I took up a senior management position in the civil service, and coincidentally also became a mother for the first time.

As a senior civil servant raising a young family (I went on to have three children), my routine was a gruelling one. However, my commitments always appeared to pale in comparison to the extremely hectic lifestyle and incessant demands made on the successive ministers I worked closely with.

This experience exposed me to the demands and sacrifices made not only by politicians but also by their families, during both weekdays and weekends. In 2016, (no longer in a senior civil service position that precludes political involvement since 2013), I was approached to consider contesting the general election. After several months of soul searching, with regret, I eventually declined. There were many reasons.

The fact that my eldest son was due to sit for his ‘O’ levels and the feeling that I would be dragging my family along into the political arena and exposing them to the harsh and antagonistic prevailing political environment against their will were two principal factors. I do not expect my story to be necessarily generalisable to other women’s circumstances, but I do recommend that a deep analysis of the real reasons women do not come forward so readily to run for political office be made.

The second barrier is electability. Target-setting alone does not suffice. Training and mentoring can be expected to yield positive benefits but will not automatically translate into electability. Politics in Malta is still very closely tied to community networks. Football clubs and band clubs are prime examples.

My links to football include countless hours, usually on a Saturday or Sunday spent watching my sons play, but somehow, I doubt that this translates into electability. Unless women are able to obtain grass roots support, electability remains difficult.

Media exposure is also very important. Ensuring that women participate actively in panel discussions and political debates is key to reminding the electorate that women can also be worthy representatives and is something political parties with their own media stations can easily implement.

My first appeal to both political parties and the respective leadership is that this issue should not be politicised or used to drive wedges between so-called ‘liberals’ and ‘conservatives’. There is no reason why broad consensus on the need to address women’s under-representation should not exist.

A mature, deep, evidence- informed and unhurried debate about the appropriate mechanisms to achieve set goals should be sought. My second appeal is to go for an incremental approach, one that is realistic, achievable and that allows cultural acceptance to take place. Rash imposition will not bring about meaningful and lasting change and can bring about a negative backlash.

Let us look at what has worked for other countries, carry out a careful analysis of the domestic issues and carry out the necessary changes that will reduce barriers to entry and electability.