Former mayor of Conchalí, MP reelected for five consecutive terms (1994-2014), member of the standing committees of Education, Culture, Sports and Recreation and Family, Chamber of Deputies of Chile 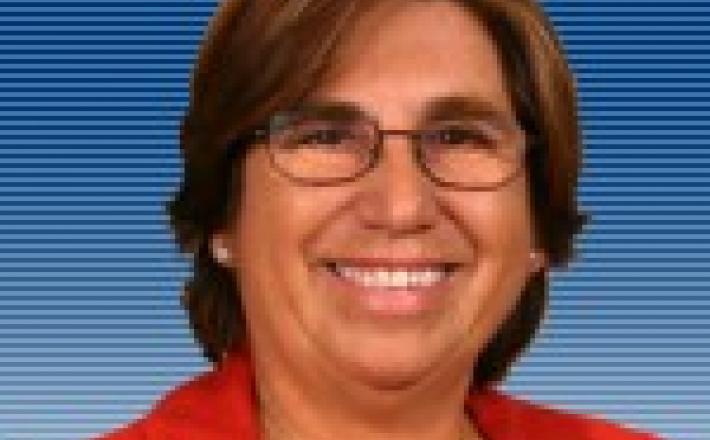 "Chilean society is much more progressive and open toward women than political parties.  The big hurdle in my country is political parties.  There are studies that confirm that women parliamentary candidates are more eligible than men.  As I indicated before, Michelle Bachelet didn’t become president with the help of parties, but because the citizens elected her.  The people don’t have prejudices, the people elect us." - María Antonieta Saa

iKNOW Politics: You have an extensive and very valuable political career.  Could you tell us something about it, particularly what this career has entailed as a woman?

I have been in politics since the ‘70s and participated in social struggles since high school.  A good part of my experience is linked to Pinochet’s dictatorship [1973-1990] and the resistance movement.  During those years, the dictatorship’s repression over political areas, though perhaps paradoxical, forced us to empower ourselves as women.  It was a very special experience; it allowed us to create a strong woman political subject in the absence of political parties.  This allowed us to raise a platform of women that would later be included in democratic government programmes.  This is the origin of the National Women’s Service (SERNAM), created by law.  When democracy was restored, I was named first mayor of Conchalí (1990) by President Patricio Alywin (we hadn’t yet had direct elections for municipal representatives), and I was later elected as a member of Parliament.

What has this entailed as a woman?  Advantages and disadvantages, I would say.  For society, we have a positive image.  People elect us and trust in us, based on our work and honesty.  The problems come from the relations within political parties, the assessments that governments can make and the way the media treat us.  The press has a different way of treating women; it’s less tolerant with us than with men politicians, one can see the difference there.

Just as I mentioned before, under the dictatorship we women transformed ourselves into a social and political subject that had a notable role in the struggle for democracy.  Our demands were received as specific demands and we managed to establish an agenda.  We had great presence among the opposition with the slogan: “democracy in the country and at home.”  With democratic governments, the agenda became a programme.  Policies regarding women’s rights, discrimination, equality, etc. were put into motion.

In the field of political representation, we had greater limitations.  Despite what we proposed to the first democratic government, there was no woman in the cabinet.  I was the first woman to be named mayor and there was a vice minister of housing.  Afterward, the National Women’s Service (SERNAM) was created as a ministry headed by a woman.

What happened is that the women’s movement, very present during the dictatorship, lost ground when political parties resurfaced.  Then some of us decided to move on to more political structures, understanding that if we weren’t in parties we couldn’t get our agenda across.  And this generated tensions and falling out with women’s movements.

How did Michelle Bachelet’s success come to pass?  Those of us who enter the world of political parties fight for greater presence and to extend women’s representation in office.  When we proposed to President Lagos [2002-2006] that there should be women ministers, he committed himself to having five women ministers.  He kept his word and of those five ministers, two received ample citizen support: Michelle Bachelet, Minister of Health [2000-2002] and later of National Defence [2002-2004] and Soledad Alvear, who was in the first democratic government as minister of SERNAM [1991-1994] and later of Justice [1994-1999] and who would be Foreign Minister [2000-2004] dDuring Lagos’ government.  Both were presidential pre-candidates, but the Concertación party elected Michelle Bachelet as its candidate.  This was not an agreement between the Concertación coalition parties, but rather a citizen election expressed through surveys and polls.  If Michelle hadn’t had such publicity as minister and the citizen support that her administration generated, she would not have been president; the parties would not have chosen her.

iKNOW Politics: Many analysts affirm that local governments should be privileged areas for women’s participation in politics, which contradicts the reality (there are hardly 10 percent of women mayors in the region versus 21 percent women members of Parliament).  Since you have had experiences with both these areas, what differences do you find among them?  What lessons have you taken from your participation as mayor?

I think the first achievement is Michelle’s election as president.  The fact that she has been president has changed the vision of women, adolescents and children.  Now little girls know that they can be presidents, deputies, mayors, etc.  However, we couldn’t pass a quota law.  The president presented one, we women had another, but we didn’t succeed.  And the difficulties originated from the Concertación party, not only the right wing.

In fact, she had a lot of difficulty during the first two years of her administration.  Even leaders from the Concertación party questioned her leadership, but now she’s leaving the government with an approval rating over 80 per cent.  Yet this support and recognition does not yield greater political presence for women due to the reigning political culture and numerous obstacles within parties.

iKNOW Politics: You have mentioned that the obstacles are more structural.  We know that legal frameworks help but the decisive transformation is societal mentality.  What can you tell us about this?

Chilean society is much more progressive and open toward women than political parties.  The big hurdle in my country is political parties.  There are studies that confirm that women parliamentary candidates are more eligible than men.  As I indicated before, Michelle Bachelet didn’t become president with the help of parties, but because the citizens elected her.  The people don’t have prejudices, the people elect us.  It doesn’t even occur to parties that they might be better off in elections if they had more women candidates, not even as something pragmatic.

iKNOW Politics: What would be necessary for them to change?

The fundamental thing is to keep fighting.  Unfortunately, many women’s organisations in civil society are not interested in participating in the fight to increase women’s inclusion in political parties.  They feel it is not within their objectives, or even contrary.  The issue is complicated.  However, change will arrive.  Political parties cannot be so out of touch with what the people want, and society wants us as leaders, as deputies, as mayors.  As of now, parties hold the key to this, but they will come to realize the importance of change, even if it costs them.  It is important to work with leaders, as we did with former president Lagos.

iKNOW Politics: Very interesting.  Passing onto another issue, what has your experience been working with networks and international alliances?  What do you think about these spaces?

I would say that international networks are very important, particularly to exchange experiences.  In general, alliances are key.  In Chile it has been very hard for us to establish “complicity” between the women in Parliament in order to push forward a gender agenda.  It was very difficult in the beginning, we were coming out of the dictatorship and the differences between the right wing and us women ran very deep.  Little by little things have changed, women from the right have also backed some aspects of the gender agenda, overall those that relate to family issues: food pensions, children’s rights, etc.  But not other issues, such as the divorce law, which we have been debating for ten years now.  In reference to the quota law, there are beginning to be signs of changes, there are women from the right who support them.  Obviously on the issue of sexual and reproductive rights there is an abyss between us and them.  We have not managed to form a women’s caucus as has been done in other countries.  Here, the right is very conservative; some more progressive women are starting to appear in right-wing parties, but it will cost them a lot to win ground in their parties.

iKNOW Politics: What suggestions would you give to young women who want to enter politics, but view it as something difficult to achieve?

Well, with the description that I gave of the parties, young women in Chile don’t have much desire to participate.

iKNOW Politics: How could political leadership in Chile be renewed?

That is complex.  It does not depend exclusively on youths’ willingness.  We women are making an effort to clear the way for them, but they have to have an enormous amount of resistance and enormous willingness in order to overcome all the obstacles they’ll find in political parties.

In a women’s organisation, we have worked toward making proposals of women candidates for fundamental political offices.  There was a very interesting project in which very solid resumes were presented in order to refute the typecast that there were no women trained for public administration.  It said to them: “Look, here you have ten women who could exercise this office,” whether it was for some public service position or a vice ministry or even a ministry.  And in this way, by accessing some government office, women earn greater presence and public recognition, which could help them compete later as candidates.  The president [Bachelet] did something noteworthy with the equality in her cabinet, including women ministers who have done great work and who have been made visible to the whole country.  Michelle had to fight tremendously with her own party in order to form an equal government.  Despite what the parties told her, she found capable women that tomorrow will be elected as members of Parliament.  This is a tough road; being a leader in parties is very difficult, it’s a tremendous thing.  Chile is a tremendously machista country, overall in political parties, even though we appear to be a very modern country.