Popularly known as “Thatcher”, President of the Rally of Conciliatory Democrats 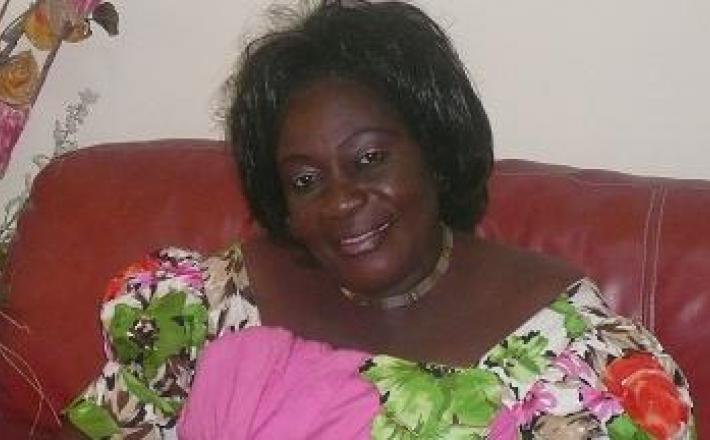 iKNOW Politics : Good morning, Ms. Lusamba.  You are popularly known as “Thatcher”.  How did you come by that nickname? Tell us about your background.

Thank you so much for this interview.  My engagement as a woman in the political process began the day that Lumumba was killed.  He was our hero and his killing was a great injustice.  He was our Prime Minister, and he was assassinated! I was outraged, and have sought ever since to gain the power necessary to move the country forward.  It was that event that spurred my decision to enter politics.  At university I had already been very active in student associations.

When a multiparty system was introduced in the Congo, I took the opportunity to create the Rally of Conciliatory Democrats (RADECO). It was the country’s first political party created by a woman.  I did not create it as a springboard to fame, never! I created this party as a tool for leveraging power. I wanted to take on the men and fight to gain a place for women at the decision-making table. My determination began to bear fruit. I was increasingly included in the discussions to restore peace. At the time, the country was ravaged by war. At Sun City we struggled to bring the war to an end.

In 2006, just prior to the elections, I stood as a candidate for the highest office in the land, still with the same desire to leverage power to bring change and open the way for other women. The required deposit was $50,000 (US), which is enormous. Despite the reticence of my family, I sold my property at an undervalued price to pay that deposit. Having made that sacrifice I was then insulted, called names – whore, loose woman, bad mother, bad wife. But there was more. I was abducted, tortured. Substances were injected into my body. I was shot: two bullets in the leg and one in the head. I nearly lost my life because of my political commitment. But these experiences did nothing to diminish my determination. Today I am a candidate for the legislative elections in 2011. I was forced to withdraw from the race for the presidency, because my party, having allied with others in opposition to the government, reached consensus in support of another candidate. But in 2016, I shall run for president again. There is no respect for women in politics. Women in politics are considered loose women, detached from their homes and families.

iKNOW Politics: Is this perception of women in politics also reflected in the status of women's rights in the DRC?

Our party organizes seminars every three months to spread awareness among women and encourage them to enter politics.

We receive support from various international partners. We do everything we can to sensitize public opinion to the importance of women's rights.

iKNOW Politics: Tell us about the challenges women face in the DRC.

Elections here are dominated by violence. I have already described what I underwent simply for announcing my candidature. This climate of violence in our politics repels women, who are not violent. It is the men who use physical force to intimidate us.

But look at the number of women here in this room today, to attend the launch of iKNOW Politics. We cannot back down, whatever the men may do against us. We call on women to have the courage needed to achieve our objectives. Many women recoil at the experiences I have suffered, but I tell them "Mrs. Thatcher is not dead. And even if she were, the struggle must continue." What is needed is greater solidarity among women.

iKNOW Politics: Speaking of solidarity, did women support you in 2006?

Women can be their own worst enemies. They did not give me much support – only one party helped me. But women increasingly understand that men mistreat and disregard us. Women must support women who defend their interests.

iKNOW Politics is a good initiative; I have been a member since 2008. In "chatting" on the Internet I was able to exchange views with Madeleine Albright. Women both learn from and understand the experience of other women. Women in the DRC have a thirst for learning, to develop their countries.

iKNOW Politics: What advice would you share with young women entering politics today?

Region:
Democratic Republic of the Congo