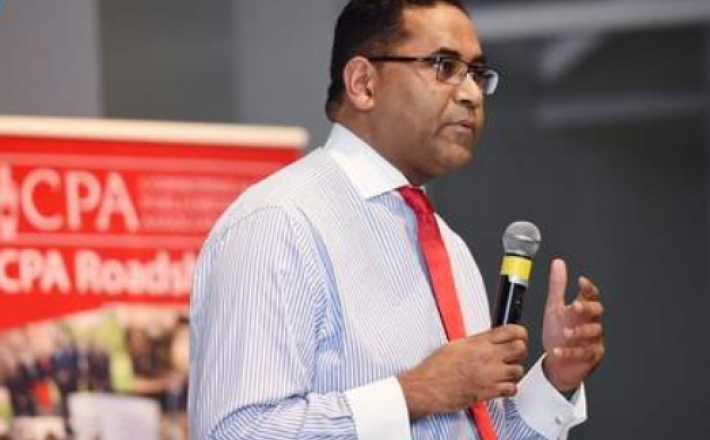 1. Equitable participation of women in politics and policy making is pivotal in achieving overall gender equality. According to the Inter-Parliamentary Union figures, the world average of women parliamentarians in lower or single houses is 23.1% and Common Wealth nations have an average of 22.2% which is low compared to the population. How do you think this can be improved?

Democracy is about the daily life of a nation; and Parliaments sit at the centre of society representing a web of accountability reaching into the executive and the other branches of government, to the public and political parties.

They are central to leading change by mirroring gender equality and inclusion of all sections of our societies in their composition. This not only ensures participatory decision making but engenders legitimacy and public confidence in our democratic institutions.

Disappointingly, only 18% of all Commonwealth Parliamentarians are women, leaving 82% who are men.  The need for action has been recognised by Commonwealth Heads of Government who, set a target of 30% female representation in Commonwealth legislatures.

The results thus far are mixed:

The under-representation or marginalisation of women and other social groups, including minorities, and the disabled, I would submit is not only unjust and unequal, but also undermines the legitimacy of our democratic institutions.

Key to the increase of women legislators includes:

2. Commonwealth Women Parliamentarians (CWP) works for better female representation in Parliaments and mainstreaming of gender considerations in all CPA activities. Can you explain the work of CWP and its achievements?

The CWP was established in 1989 and has enjoyed 20 years of continuous evolution and progress. 2004 was a watershed moment for CWP as it was provided with a governance structure and elected its first Chairperson.  The current Chairperson is the Hon Dr Dato Noraini Ahmad MP, Malaysia.

The mission statement of the CWP provides that ‘the CWP as an integral part of the CPA, works for the better representation of women in legislatures and for the furtherance of gender equality across the Commonwealth’.

As a network of women Parliamentarians with the strategic purpose to increase female representation in Parliament and Legislatures in the Commonwealth, the CWP seeks to encourage women to stand for election by removing the barriers to their participation and to facilitate their professional contribution as Members. Furthermore the CWP seeks to ensure that gender continues to be mainstreamed across all activities to assist legislatures to exceed the CHOGM target of at least 30% women in decision making positons across all representative bodies in the Commonwealth.

It has had many achievements during it’s time, but here are a few examples of its work and priorities:

Sensitising young women (and men) to what it takes to be a parliamentarian. The Canadian CWP have partnered with the Girl Guides to develop a ‘Girls in Government’ badge which is designed to raise awareness of the importance of female representation in public office. The CPA also visits schools across the Commonwealth talking about Commonwealth Values such as diversity, development and democracy and we also take at length about the importance of having gender equality in our parliaments and legislatures

Once women enter parliament, CWP aims to support them – it can be an intimidating and overwhelming experience entering office for the first time. Navigating the complexities of parliament is not an easy task. Women in the Pacific Region have focused heavily on establishing a mentoring scheme between New Zealand MPs and Pacific Island MPs. The aim is to support women in office and, to help keep them in office by supporting them to make a greater impact when there.

The CWP has held multiple platforms in the past at the Commonwealth Women’s Affairs Ministerial Meeting which sets the gender agenda for the Commonwealth. Bringing a parliamentary perspective to these meeting has been critical – as legislators can often be overlooked.

CWP also participated in the first event Commonwealth Women Leaders Summits which took place in London, in July last year. The Summit brought together members of Executives, Parliaments, Civil Society, Business and more to talk about priorities for improving the lives of women across the Commonwealth.

Globally, over 80 parliamentary women’s or gender caucuses have been created since 1995 – support for, such initiatives are incredibly high, as is the growing acceptance for the inclusion of men within such structure underscoring the need for men to be aware of and shoulder their responsibilities with respect to gender equality.

There is clear evidence from the experience of Rwanda and other Gender Caucuses that the inclusion of men has helped to avoid caucuses becoming marginalised, and indeed have contributed to them becoming a prominent institution within Parliament.

The establishment of gender caucuses is often a vital ingredient in bringing greater equality between men and women in the daily operations of parliament as a democratic institution.

The CWP, where appropriate, support the establishment and work of gender caucuses. Just last Month on March 20th, the Mauritius National Assembly launched its gender caucus and the CWP looks forward to supporting its work.

As part of the CWP’s new strategy, the CWP will seek to engage male champions of change to support the CWP’s mission to achieve gender parity in Commonwealth Parliaments and Legislatures. It is critical that men carry to torch for gender equality.

3. CPA recently conducted a Commonwealth Women Parliamentarians working Group meeting in UK and discussed gender priorities for 2017. Can you tell us about the outcome of the meet and its action plan?

The Working Group was convened following the appointment of Hon Dr Dato Noraini Ahmad MP (Malaysia) as the new CWP Chairperson, as a means to establish a strategic plan for the duration of her three-year tenure.

The Working Group also allowed for the CWP Chairperson to meet with the CWP Steering Committee Members as well as the wider membership, reinforcing the strong working relationship within the group, developing mutual understanding of the issues faced in different regions of the Commonwealth, identify unique challenges, and highlight instances of overlap.

The Working Group also allowed for discussions around instances of good practice and successes both regionally and in Branches, whilst also acknowledging barriers and disappointments in looking to increase gender representation. Through these discussions, pathways and potential hurdles to success were to be identified, whilst simultaneously identifying what success for CWP in fact looks like.

The Working Group agreed on six priorities for the CWP including

The CWP also identified three thematic priorities to support the aims and objectives of the CWP. These are: violence against women; women’s economic empowerment; and, women in leadership. The thematic areas cut across all the work of CWP and become a feature of CWP’s work more generally.

The Strategic Plan provides a framework for CWP to identify its achievements, acknowledge its thematic priorities, strategically assess the challenges it encounters, build alliances, and undertake action across the CPA and beyond in order to ensure that both men and women are equally involved in decision making in legislatures of the Commonwealth, and that women Parliamentarians are supported in their work.

The strategy will be supported by collaboration with key partners including international organisations and the Commonwealth family, an extremely valuable tool for the CWP as it seeks to strengthen its position and work. By actively seeking new partnerships for the CWP, we will create greater impact and a multiplier effect in advocating for gender parity in Commonwealth legislatures.

4. In your personal opinion why is equitable participation of women in parliaments and policy making important?

Her Majesty Queen Elizabeth II, Head of the Commonwealth, launched the 2017 Theme of a ‘Peace-Building’ Commonwealth on Commonwealth Day.   Her Majesty explained ‘that the cornerstones on which peace are founded are, quite simply, respect and understanding for one another. Working together, we build peace by defending the dignity of every individual and community. By upholding justice and the rule of law, and by striving for societies that are fair and offer opportunities for all, we overcome division and find reconciliation, so that the benefits of progress and prosperity may be multiplied and shared’.

Increasing the number of women parliamentarians and building their capacity to make a greater impact on enhancing gender equality in my view is a perfect demonstration of the values expressed by Her Majesty that only through respect and understanding and by working together, we defend the dignity of each individual and create fairer societies for all.

The growing evidence is that Institutions committed to gender equality can have a powerful multiplier effect across the spectrum of development, whether health, education, labour markets and other areas that will lower poverty and increase prosperity

Against a backdrop of a renewed global commitment to gender equality and the new development agenda, particularly Sustainable Development Goal 5 on Gender Equality, there is a keen focus on bridging the gender gap and securing equality for men and women in social, economic and political spheres.

As the World Bank Development Report of 2016 notes, societies have made enormous progress in improving the socioeconomic conditions for large groups of people over the last century, but such a positive performance often hides the inequalities and persistent disparity in social and economic achievement of some groups.

Based on the evidence two groups that continue to suffer inequality across the world are women and girls.

Gender inequalities remain still very deep rooted in some societies. Women still face a gender wage gap, suffer from lack of access to decent work, denied access to basic education and health care and with girls, are often the victims of violence and discrimination.

Although historically, women have shown considerable resilience in the face of adversity and a strong ability to mobilise for change, the fact still remain that women’s vulnerability increases when policies and initiatives necessary to address their needs are not created or implemented.

Improvements in gender representation in Parliaments is critical but of itself is often not enough to translate into a stronger voice for women with party political allegiance often setting the agenda on gender issues. This has resulted in a continuing lack of progress in advancing women’s sexual, economic and social rights.

It is therefore essential that educational, religious and traditional systems all work together with parliamentarians to empower and advocate on behalf of women in order to create a critical mass to achieve strengthened initiatives that challenge biases and support inclusive governance[1].

I recently read a very powerful statement on a poster of a female activist which sums up in stark terms why equitable participation of women in parliaments and policy making is so important. It stated ‘Without women’s equal participation, democracy is incomplete’.

5. What role should male leaders supportive of gender parity in politics play towards achieving it?

As the statistics I referred to earlier state, men make up the majority in almost all Commonwealth parliaments and legislatures.

In this light, we cannot afford to rely exclusively on women to lead change on gender equality and therefore the need to engage men, especially men in positions of influence and power to step up and make a stand for a gender parity in the Commonwealth, is critical.

The CWP, as part of its new strategy advocates for the identification of a male champion of change to carry the torch for gender equality in each of the CPA’s regions and to work alongside CWP to advance gender equality and lead action to accelerate progress.