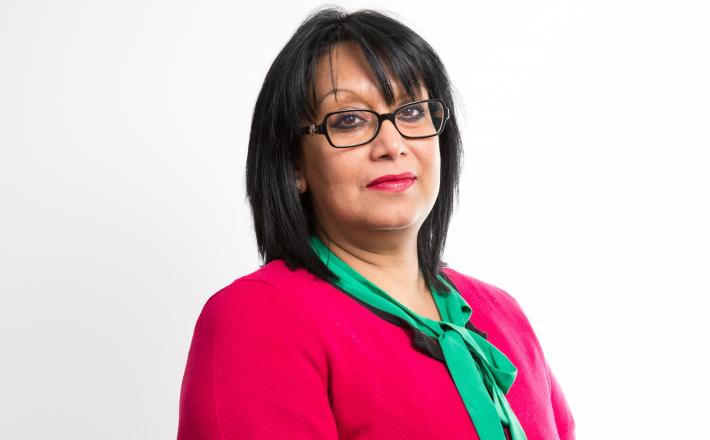 UN) What are the common issues concerning women in the UK and what actions has your government taken to overcome these?

(BV) It has to be recognised that for far too long the disparity in pay opportunities and access to a range of jobs and services are disproportionately weighted against women for example; if we look at the workplace, it is very noticeable that the senior roles in most organisations are still held by men and in that we can break it down further to white middle aged, middle classed men. When we look at child care or other family responsibilities they tend to disproportionately fall on women and often the starting point for most women coming into the workplace has often been based on what career advice and subject options they had been offered at schools and colleges. So from that we can see that the issues are extremely complex, that there is a need to look at a wide range of responses to the many barriers and challenges that women face.

Having come through the world of business into the world of politics what is obvious that these issues are not unique to one sector or style or place of work.

The PM on taking action asked Lord Davies to look at women in senior roles in the corporate sector, the Home Secretary Theresa May set up the Women’s Business Council to see the barriers women faced in business, a lot of work has been done around childcare and flexible working, and as an ardent campaigner on gender issues throughout my political career I have looked for opportunities to widen the debate and look at barriers and challenges and then how to find solutions to address them. A key example is in my current role as Minister for Energy and Climate Change, I co-founded POWERful Women which looks to ensure that the energy sector has better representation both in middle management and at senior board level – 40% and 30% respectively.

(UN) What challenges have you faced as a woman – if any?

(BV) I think it important that I start from the beginning. Growing up as a girl in the Indian community, the cultural variation between girls and boys was extremely evident, I am very proud of my heritage and rich history but it is also full of archaic and uncomfortable cultural demand that have no place in the modern world. Put that alongside the back drop of the wider community where again you find obstacles and barriers, disparity between access and opportunity, you find yourself starting from a very disadvantaged viewpoint.

I had a very conservative upbringing and like most fathers in the 60’s and 70’s he was strict, thought of himself as the main breadwinner and believed that he needed to take all major decisions in the home. It was also true growing up in the UK that time that very few people looked like me, therefore, finding role models was difficult and balancing the life of tradition and culture with the life of your friends outside the house was quite a challenge. Sadly, there still seems to be much of this parallel living existing in the UK today.

But I grew up with a positive attitude and whilst my father often posed himself as the biggest barrier he was also through his actions the one that made me as strong as I am today - seeing no challenges too big to overcome. So culture, my upbringing, the “can do” approach from my mother and the absolute support from my husband has enabled me, not just to reach these heights for myself but generate pathways and opportunities for others, which I hope is true.

(UN) what advantages did being a woman give you in these roles?

(BV) You start off from a point of disadvantage so you have to use whatever unique strengths you have, finding mentors, like-minded people and challenging the system. So whether its politics, business or any other background you come from, I suspect that the principal response has got to be one of self confidence in yourself and following that through with commitment to yourself.

(UN) How far have we reached in achieving gender based equality in the UK especially in politics?

(BV) Personally, we have a long way to go political parties have got to seriously look at their selections processes, the environment in which politics takes place and making it less gladiatorial. The playground behaviour that is often the public spectacle that most people witness is a poor reflection on the serious debate that is undertaken by members of parliament every single day, politics is poorer of the diversity of thought and discussion simply because it is represented predominantly by people of a similar type.

(UN) What can you do to advocate gender equality?

(BV) Let’s make women more visible. Women have got to learn to support each other better and not when they don’t achieve, label them as failures. It is simply an attitude change whereby having a go and not always succeeding doesn’t mean the end of the line. Most men brush themselves off and go for the next challenge. We have got to stop trying to be perfect when actually most roles tolerate some imperfections as it brings diversity to the role.

(UN) If you had one piece of advice to give to young people who are considering politics what would it be?

(BV) Find somebody to show you what it is like in politics, talk to you about the advantages and disadvantages, I would get people involved campaigning, the networks, go to meetings and offer yourself as a volunteer. Just having an insight is useful, being passionate about issues of course is the most important driver but politics can be a very lonely place so you do need a good support network around you.

(UN) What is your message to women around the world who are aspiring to become politicians?

(Bv) If you have a dream then try and live it. Make sure that you are well informed on the decisions that you are taking as they don’t just impact on your life but changes the lives of people around you. The most important thing is to make sure that you have the support mechanism in place. Once you are there it is exceptionally rewarding. It would be fantastic to see more women across the globe in leadership roles and we must do all we can to help support that vision.

(UN) In what way do you feel that men can work with women to encourage them to participate in politics?

(BV) I don’t think men often realise that they generate the barriers and they don’t see themselves as the barrier and for so long they have held positions of power so we need to work with men, particularly at senior level where they can make changes that can disseminate downwards. The organisations that have benefitted have been led by men who have been visionary leaders and have recognised that diversity presents a good business case.

(UN) Do you use technology and social media to reach out?

(BV) Yes of course! But the best way of course is talking to people.