10 years on from the Arab Spring, I’m remembering the women who gave their lives for change

10 years on from the Arab Spring, I’m remembering the women who gave their lives for change 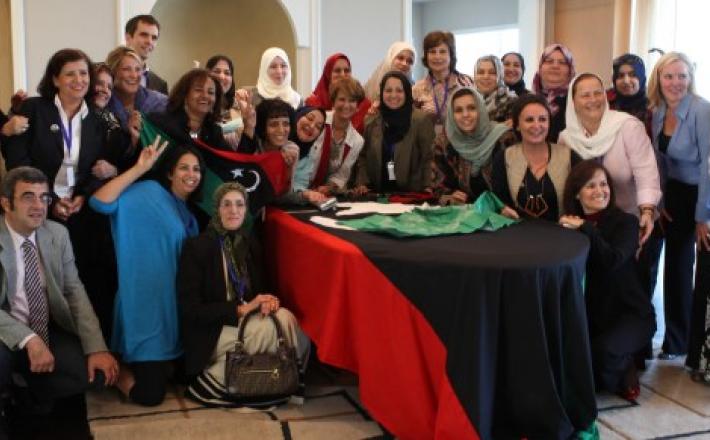 By Hibbaq Osman, Founder of Karama, a network of women's rights organisations

Soon it will be a decade since the smoke from fire raging in Tunisia reached Cairo, the city I call home.

In December 2010, a trickle of protest in a small city in Tunis quickly became a flood, engulfing North Africa and the Middle East almost entirely, becoming known as the Arab Spring.

As a Somalian activist committed to securing greater rights and freedoms for women and girls, the energy and determination of the young people leading it reminded me of Somalia’s revolt against our own dictator nearly 20 years earlier.

The ongoing impact of the 2007-8 global financial crisis had hit hard, and many protestors had grown up in countries led by the same regime, and often the same man for decades – dictators and authoritarians who had never faced a fair election.

The young people of the Arab region felt they had no future, so they took the streets to protest.  The story we must remember from that time, however – one it has been convenient for many to forget – is that from Tunisia to Egypt to Yemen, it was often women who were leading the protests and were the most powerful and persuasive voices.

Women like Amal Basha from Yemen, a prominent advocate for human rights, who opened the eyes of the world to violations carried out during the Yemeni revolution, she reported on them from the streets.

Like Mouna Ghanem, who co-founded a movement – the Syrian Women’s Forum for Peace (SWFP) – and became a powerful voice for peace and women’s participation.

And Zahra’ Langhi, a peace advocate who formed one of the first campaigning groups for Libyan women, the Libyan Women’s Platform for Peace (LWPP).

Of course it was women who were front and centre – so many had nothing to lose.

Click here to read the full article published by Metro on 18 December 2020.