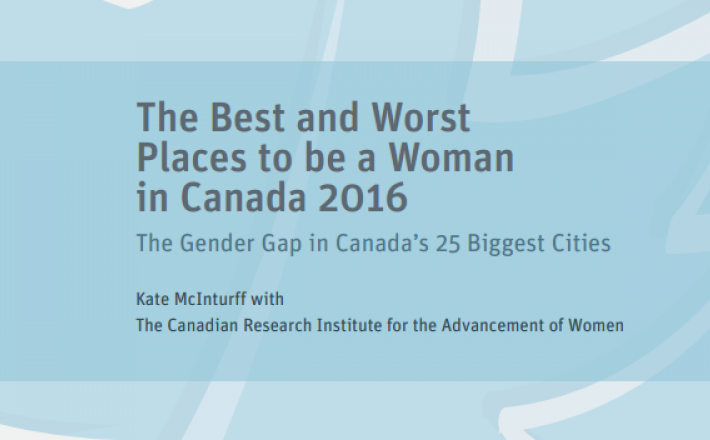 This annual study provides a snapshot of the gaps in men and women’s access to economic security, personal security, education, health, and positions of leadership in Canada’s largest 25 metropolitan areas. It measures these gaps in a given community in order to capture inequalities that can be attributed, at least in part, to discrimination based on gender; it also serves as a reminder that, with the right choices and policies, these gaps can be closed.

According to this year's ranking, Victoria is the best city to be a woman (for the second year in a row), while big gaps in employment and high poverty rates for women put Windsor in last place. It is clear that progress is uneven. Equally clear is that there is much that cities have to learn from one another. Why do women fare better in politics in Victoria? What could we learn from Montreal about closing the wage gap? Which city is doing the most to create jobs for both men and women in a period of slow economic growth?