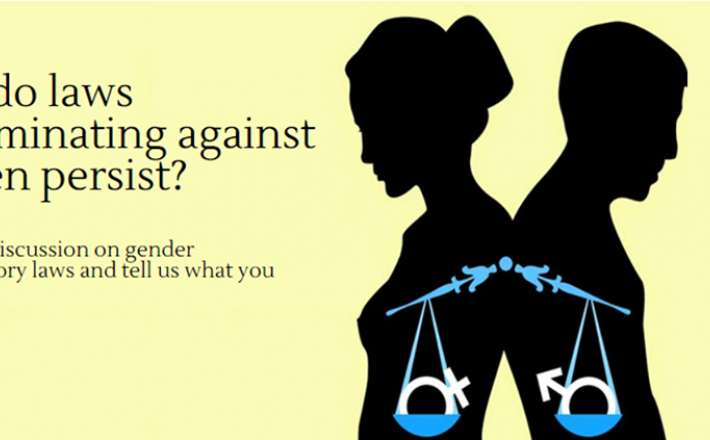 Gender discrimination is defined as "...any distinction, exclusion or restriction made on the basis of sex which has the effect or purpose of impairing or nullifying the recognition, enjoyment or exercise by women, irrespective of their marital status, on a basis of equality of men and women, of human rights and fundamental freedoms in the political, economic, social, cultural, civil or any other field." (The Convention on the Elimination of All Forms of Discrimination against Women (CEDAW), adopted in 1979 by the UN General Assembly).

In 2000, during the five-year review of the implementation of the Beijing Declaration and Platform for Action by the twenty-third special session of the General Assembly, States committed to reviewing legislation with a view to striving to remove discriminatory provisions against women as soon as possible, preferably by 2005. This target has not been achieved. The adoption of the United Nations 2030 Agenda for Sustainable Development in 2015 further called for action to finally end legal discrimination against women and ensure there are strong legal frameworks in place to advance gender equality. Target 5.1: End all forms of discrimination against women and girls everywhere; and Indicator 5.1.1: Whether or not legal frameworks are in place to promote, enforce and monitor equality and non-discrimination on the basis of sex) provide a solid framework to effectively collect data, monitor progress and report results.

Please click here to read the Consolidated Reply of this e-Discussion.