Armenia needs more women in politics, but what will it take?

Armenia needs more women in politics, but what will it take? 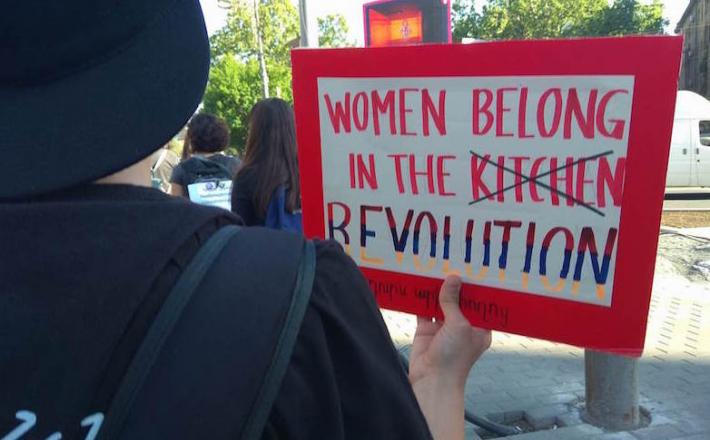 “A woman’s place is in the revolution” read signs carried by countless young protesters who helped oust Armenia’s autocratic President Serge Sarkisian. (For many of Armenia’s female political activists, the ruling Republican regime embodied the inherent condescension they face on a daily basis.)

A slogan like the one above may seem incidental, but it’s one that resonates in a deeply conservative country as Armenia, where patriarchal attitudes towards women see them as better suited in their roles as mothers, wives and daughters of the nation, rather than as agents of political change.

Despite forming less than half of the country’s population, men have overwhelmingly dominated the political sphere for the entirety of Armenia’s modern history. Under the Sarkisian administration, every single governor, and town mayor was male. The parties represented in the National Assembly were mostly composed of powerful men.

Click here to read the full article published by Armenian Weekly on 18 July 2018.