Excluded, stereotyped and abused: where do women stand in UK politics today?

Excluded, stereotyped and abused: where do women stand in UK politics today? 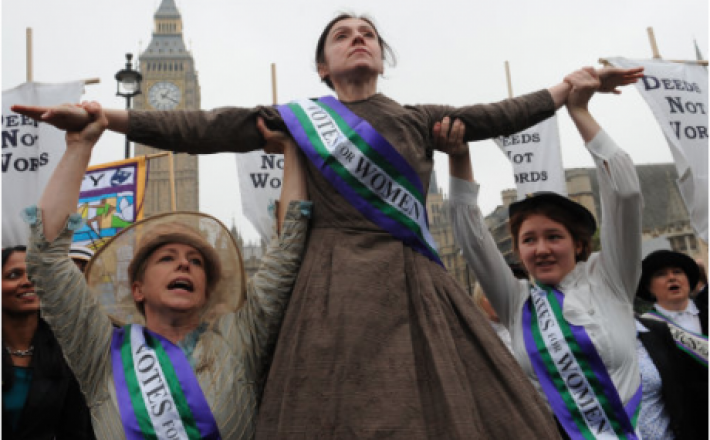 100 years since (some) women won the right to vote, they’re still marginalised in corridors of our power – and facing a backlash there too.

Visitors at Westminster Hall are now welcomed into the British Houses of Parliament by a stained glass installation called “New Dawn”. Created in 2016 by the artist Mary Branson, and measuring six metres high, it’s an eye-catching, colourful celebration of the mass movement for women’s suffrage in the UK.

But how did Westminster exclude women before and after the 1918 Representation of the People’s Act? (Which widened the right to vote to include women over 30 years old, along with all men; it wasn’t until 1928 that all women won this right). And how does British politics continue to exclude women today?

Before an 1834 fire necessitated the reconstruction of the Palace of Westminster, women weren’t allowed to set foot in the House. Men – including those not permitted to vote – could attend debates and sit in the public gallery.

Women were shut out of the business of politics altogether, and couldn’t bear witness to the debates and discussions that happened between men in power.

Click here to read the full article published by Open Democrazy on 19 December 2018.