Have we learned nothing from 2016 about how to cover women in politics?

Have we learned nothing from 2016 about how to cover women in politics? 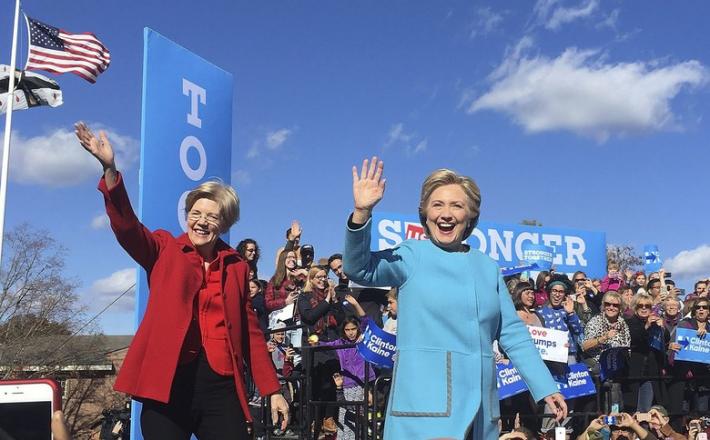 No sooner had Elizabeth Warren (all but) announced her 2020 presidential candidacy than the same old sexist narratives began: “How does Warren avoid a Clinton redux—written off as too unlikable before her campaign gets off the ground?” wondered a now much-shared and much-eye-roll-inducing Politico reportpublished on New Year’s Eve. On Thursday, on the occasion of Nancy Pelosi becoming only the second person in American history to be named Speaker of the House again after losing the title, Politico weighed in with an op-ed that could have been titled “How to Be Speaker for Dummies”: “How to Talk so Trump Will Listen: A GOP Guide for Pelosi” . . . as if she might be clueless to the art of bipartisan compromise after more than 30 years in Congress. In other news, it appears at least some members of the media have learned exactly nothing from recent history.

It’s been a little more than two years—and what feels like a lifetime of demoralizing policy decisions—since Hillary Clinton’s emails became a media obsession: A Columbia Journalism Review study found that “in just six days, The New York Times ran as many cover stories about Hillary Clinton’s emails as they did about all policy issues combined in the 69 days leading up to the election.” Which is to say nothing of male pundits who complained that Clinton “shouted" at rallies (have they met Bernie Sanders or Howard Dean or pretty much anyone of any gender addressing cheering crowds of thousands?) and treated her case of pneumonia as a sign of such weakness, it may as well have been a fatal character flaw.

And yet, here we are again: still treating women in politics like idiots, picking apart their personalities, and taking deep dives into their “likability”—a word that, like “shrill,” seems to be reserved especially for women. Never mind the policy issues at play amid an ongoing government shutdown, a slumping stock market, and a border crisis in which two migrant children have died while in U.S. custody. Or the fact that, as Time politics editor Ryan Teague Beckwith pointed out, two very notable male political leaders—Paul Ryan and Mitch McConnell—are battling their own favorability ratings.

Click here to read the full article published by Vogue on 3rd January 2019.