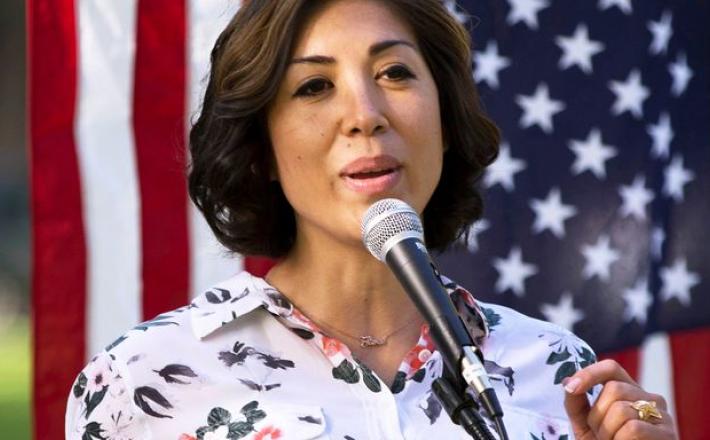 As told to Madison Felleras,

If Paulette Jordan wins Idaho’s governor race this November, she’ll be the first female governor of the state and the nation’s first Native American governor. It’ll be a tough race—she’s running in a deep red state that hasn’t elected a Democratic governor since 1990. But Jordan has challenged expectations before: In 2008, she became the youngest person elected to the Coeur d’Alene Tribal Council. In 2014, she was elected to Idaho’s House of Representatives, and in 2016, she was the only Democrat in north Idaho to win a district that President Trump also won. She supports expanding Medicaid, raising the minimum wage, decriminalizing cannabis and legalizing medicinal cannabis, fighting climate change, and protecting public lands; she’s also been endorsed by Planned Parenthood and Cher. Here, she explains why she’s running.

Click here to read the full article published by Elle on 31 August 2018.