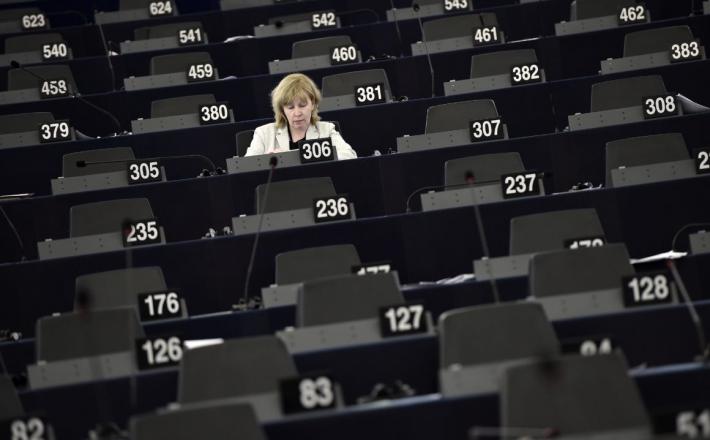 The European Union has a woman problem. The bloc has never had a female president of the European Commission or European Council. And just two presidents of the European Parliament have been women — Simone Veil, who served from 1979 to 1982, and Nicole Fontaine, from 1999 to 2001. Today, only a little over a third of the institution’s members are women.

The upcoming European Parliament election is an opportunity to change that. As political parties ready for an election whose outcome will shape European policymaking for the next five years, we should be looking across the Atlantic for inspiration on how to galvanize voters and vault more women into office.

The U.S. midterm elections in November saw the highest turnout in a century, with more than half of eligible voters casting ballots. The new U.S. Congress includes a record number of women and first-time congressional representatives; it’s also one of the most diverse when it comes to race, ethnicity and sexual orientation.

The factors that led to this mass turnout and diverse group — which is largely considered to be a backlash against U.S. President Donald Trump’s divisive brand of politics — exist in Europe too.

Click here to read the full article published by Politico on 15 April 2019.