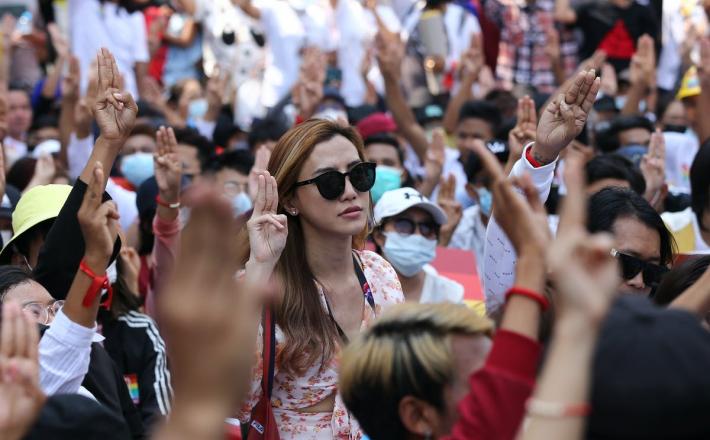 On Feb. 1, 2021, Myanmar’s military seized power. While a dramatic event, the coup was a continuation of old power structures.

Myanmar’s decade-long period of political transition, peace-building and democratic elections fell short of freeing the country from military control. Despite its female leader, the exclusion of women throughout the failed transition to democracy is partly why Myanmar was unable to create deep institutional change.

Aung San Suu Kyi’s image as “mother of the nation” depicted her as a caring matriarch. This image stood in contrast with the harsh patriarchy of military rule. But politics in Myanmar defy stereotypes and simple classifications.

Suu Kyi may have been the face of the era of democratic reforms, but in reality, the transition was initiated and controlled by the military. Suu Kyi’s legacy as a Nobel Peace Prize laureate was permanently stained by her handling of the Rohingya genocide, and her projected femininity and democratic idealism should not be confused for feminism or inclusive democracy.

Gender can still help us understand politics in Myanmar, however — just not along these lines. Instead, a different story emerges by looking at the exclusion of women in key stages of the transition process. It is a tale of the persistence of patriarchal power throughout the decade of democratization.

Click here to read the full article published by The Conversation on 21 February 2021.