Getting women elected in Indonesia: An interview with WLP’s Siti Nurjanah

Getting women elected in Indonesia: An interview with WLP’s Siti Nurjanah 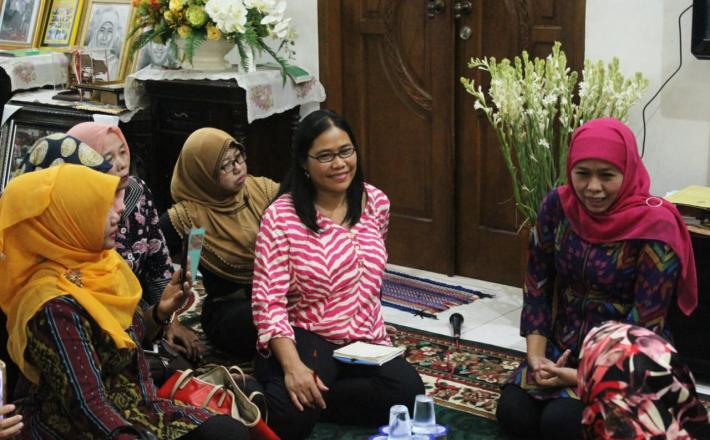 Siti Nurjanah is the Executive Director of WLP’s partner in Indonesia, Women and Youth Development Institute of Indonesia (WYDII). With the country’s presidential elections scheduled for April 2019, we asked her to tell us about the challenges women face when running for office.

What is the political landscape like right now for women in Indonesia?

Nurjanah: Although there are measures in place, women are still not being elected at a high enough rate. In 2009, Indonesia passed an election law mandating a quota of 30% of women on ballots. All of the political parties—even the most conservative ones—met this quota on their ballots, but only 17.4% of the total elected were women. Even worse, only one woman was elected from the most conservative party (PKS). This suggests that most parties view the quota as a requirement rather than a tool to increase women’s political participation.

Overall, Indonesian society is as politically divisive as ever. It’s common to witness hate speech and political prejudices on display. People have been broken into factions that highlight their political and religious differences instead of their common values. However, on a more positive note, this tension has also created an increase in political activism across all groups.