How will women fare in Solomon Islands elections?

How will women fare in Solomon Islands elections? 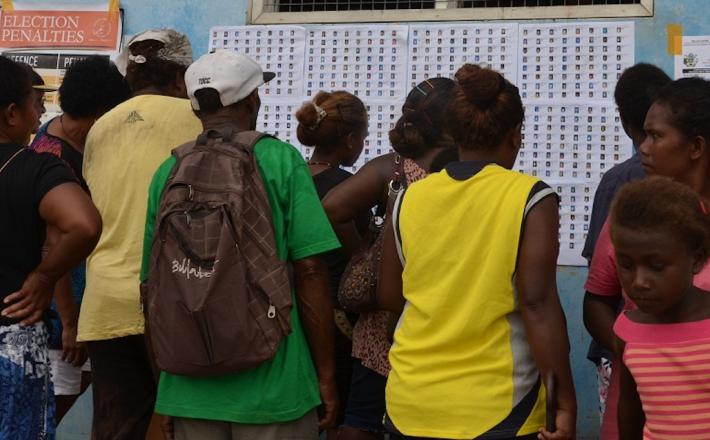 Only four women have been elected to the Solomon Islands parliament since independence: Hilda Kari (in office 1989-2001), Vika Lusibaea (2012-2014), Freda Tuki (2014-2018), and Lanelle Tanangada (2018-present). Last year marked the first time in Solomon Islands history that two female MPs have served at the same time (albeit briefly). This was from July 2018 when Lanelle Tanangada was sworn-in as a new MP, after her by-election victory in Gizo/Kolambangara, to October 2018 when Freda Tuki lost the seat of Temotu Vatud in a court challenge.

So what can we expect from the 2019 election to be held 3 April in terms of women’s representation?

For the upcoming election, there has been a general decline in candidate numbers – from 447 in 2014, to 335 in 2019. in part, this is attributed to a higher nomination fee and Cyclone Oma, which restricted travel around the country during the nomination period. The number of women candidates, however, has remained relatively stable at 25 (compared to 26 in 2014), making up around 7.5% of total candidates.

Click here to read the full article published by The Interpreter on 27 February 2019.