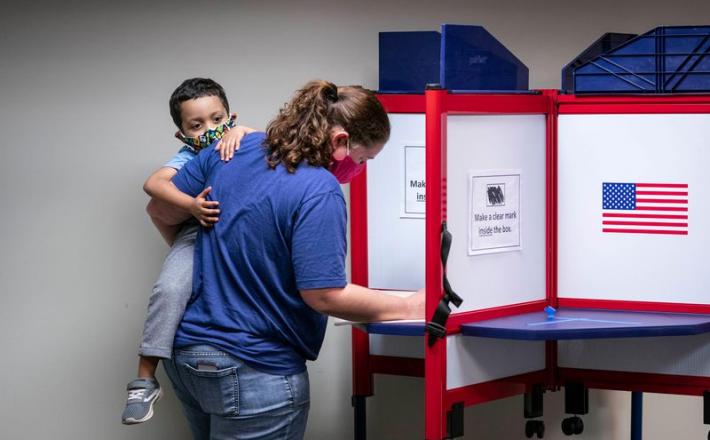 A century has elapsed since the 19th Amendment granted women the right to vote at the federal level. But no single analysis of those 100 years can explain “the women’s vote,” as it’s impossible to summarize half of the country’s population with one political narrative.

That aside, for political scientists and historians, a dive into how the women’s vote has shaped elections and campaigning offers fascinating insights into presidential politics. Initially, in the years after suffrage, women’s turnout at the polls lagged, but since 1980, a higher proportion of women vote in presidential elections than men. Women also differ from men in their political choices, a fact that should put to bed the myth that that’s persisted for a century—that women vote just like their husbands. This idea taps sexist assumptions about men’s domestic control and women’s political disinterest, rather than the simple reality that marriages are founded on shared values.

Since the 19th Amendment’s ratification, women’s slight preference for the Republican Party waned as more non-white Americans joined voter rolls and as more women entered the workforce, attained higher levels of education and delayed marriage. In the decades after 1920, all the way through the passage of the Voting Rights Act of 1965, racist laws kept many women from voting. Indigenous Americans did not receive voting rights until 1924. State ballot restrictions, like literacy tests and poll taxes, kept black Americans, Hispanic and Asian Americans, the poor and descendants of immigrants from casting their votes. Today, women, especially women of color, are a reliable Democratic voting bloc.

Below, dive into more truths about how the women’s vote has influenced American politics and how the “gender gap” seen today came to fruition.

Click here to read the full article published by The Smithsonian Magazine on 6 November 2020.